Even the greatest racehorses eventually have to hang up their harnesses, and for many of them that means retiring to the breeding shed. It’s a big change, going from daily training and transportation to a life of breeding and leisure, but it’s not so bad. 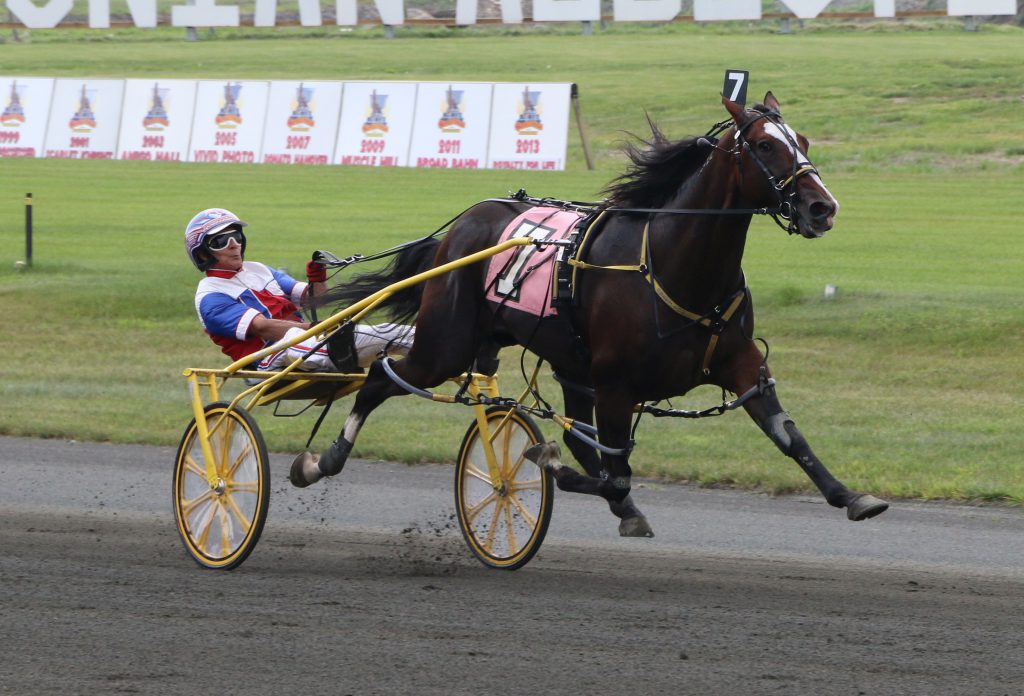 Sweet Lou earned over $3.4 million on the racetrack. USTA photo.

One such retired champion is Sweet Lou. The son of Yankee Cruiser – Sweet Future earned 33 wins and $3,478,894 during his four seasons on the track, but he is now looking forward to a promising career as a dual-hemisphere stud.

The 8-year-old stallion, owned by the Sweet Lou Syndicate, was bred by Birnam Wood Farms, and trained by Ron Burke. He spends his time at Diamond Creek Farm in Wellsville, Pa., or on the other side of the globe in New Zealand, depending on the season.

“During the breeding season, his day is pretty organized from the time the sun comes up until he’s done breeding,” Diamond Creek Farm owner Adam Bowden said. “He spends most of his time outside in the paddock with his favorite toy, a traffic cone. Once he comes in, he gets a bath and then goes into the barn for his breeding, which happens four times a week.”

Sweet Lou eats primarily Tribute horse feed, but Bowden says he’ll eat just about anything you put in front of him. He especially likes to eat his orange traffic cones.

“He goes through those at such a rapid pace that we either have to constantly find new ones or buy them from the dollar store,” Bowden said. 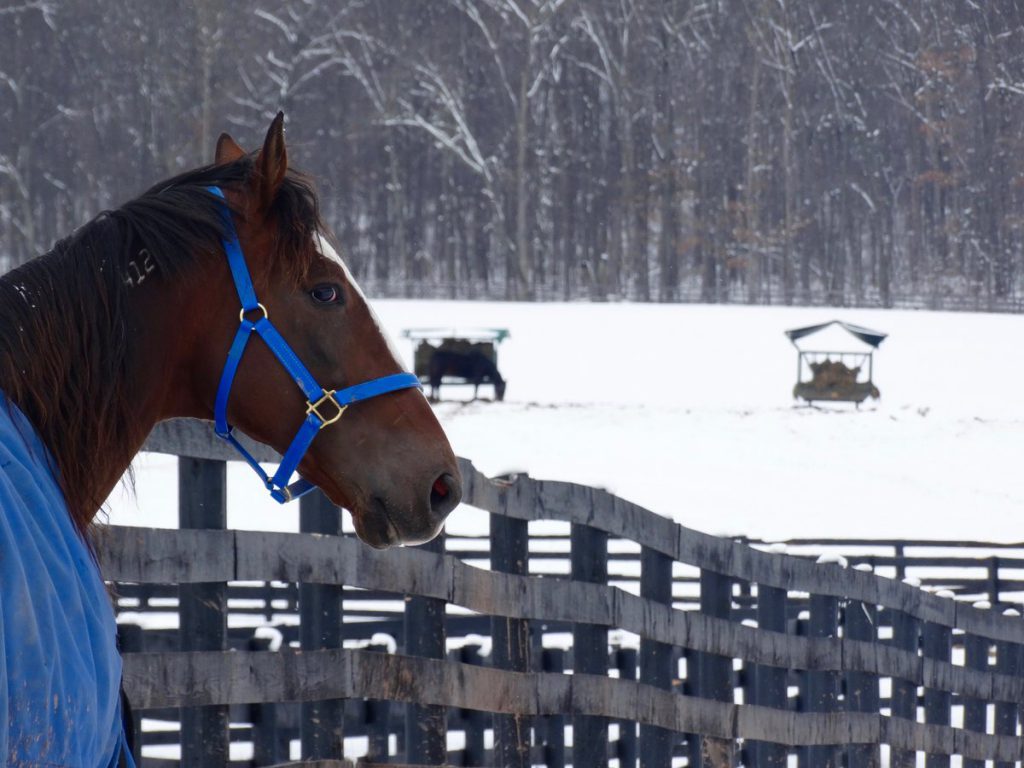 Sweet Lou enjoys most of his time outside, weather permitting. Caroline Vazquez photo.

Sweet Lou’s life has changed dramatically from when he was racing, but Bowden explained that the changes are good for him.

“They spend so much time inside when they’re racing,” Bowden said. “They get a little bit of turn out time in the morning or early afternoon, but most of their time is spent in their stall or traveling to a race. Now he can spend most of his time outside, weather permitting. If he spends too much time inside he gets a little anxious; not around people, he just kind of wishes he was outside.”

This article originally appeared in the February 2017 edition of Hoof Beats Magazine.

Previous: Striking Sahbra was a key component to Wollam’s election to Ohio Hall of Fame
Next: Change in focus for Jim Marohn Jr.
302 More posts in Fan Zone News category
Recommended for you