Still moved by his recent entrance into the Ohio Harness Racing Hall of Fame, Marty Wollam remains ever humble and continues to deflect the credit for this accolade by placing the credit upon none other than one of his charges, Striking Sahbra.

“It all started with him,” he said. “He gave me Full Count and so much more. He was special and a source of great joy.”

Striking Sahbra, a son of Supergill-Supreme Sahbra, entered the Ohio Harness Horse Hall of Fame in 2008 and his son, Dunkster, joined him in those hallowed halls this past Saturday (Jan. 21). The stallion collected $217,492 on the racetrack and was responsible for progeny that earned more than $67.8 million. The horse died from a ruptured aorta at age 22 in 2012.

Although his hooves no longer grace this earth, his presence clearly looms, not only within harness racing’s annals as a tremendous trotting sire, but within Wollam’s memory. 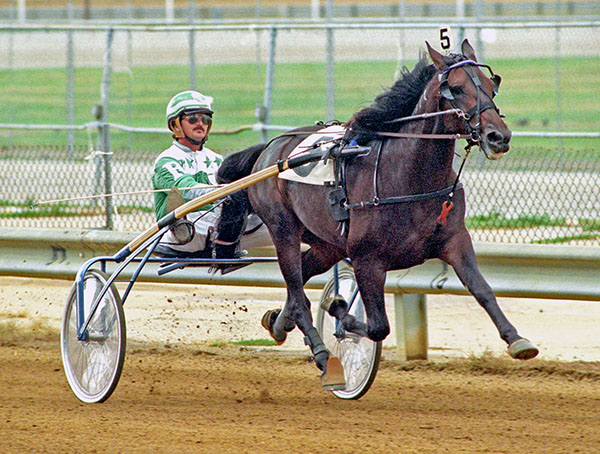 “I remember when we brought him in as a yearling,” he said. “He was covered with burrs. You could not even touch his forelock. The young man that was taking care of him was just starting out and every time he would try to get those burrs out, the horse would strike out at him.

“He was actually initially named Star Sahbra and Marvin Gross (his owner/breeder) already had another horse named that. It was years ago, but I went through the paperwork. I thought he would not want another horse with that name, even though it had been long enough for the name to be accepted. When we talked about it I suggested why not name him Striking Sahbra, because that is what he was doing, so that is how his name came about.”

As Wollam trained him down, he didn’t feel the colt was anything spectacular, but that just goes to show that in this sport, anything can happen.

“He was small and really did not show us anything, except that he never ran,” he said. “But when he was in his first baby race at The Meadows I knew I had something. We used to race at night then and then we had a purse for those races that went for several hundred dollars. I was driving him and when another horse came at him, he took off. That’s when I knew this was a horse that had something not all horses do.”

Under Wollam’s watchful eye, Striking Sahbra went on to a sterling 2-year-old campaign in 1992 of 11-10-0-1. He banked $102,533 with the only blemish on his resume being a third in a Kentucky Sire Stakes contest at Red Mile in only his third trip to the post (and first pari-mutuel start).

“Mike Zeller was in the bike and he had the outside post position (post six in a field of six),” Wollam said. “It was not the horse’s fault, he had some trouble in the race.

“But just to see what he did as a 2-year-old, that was something for a horse his age to win the rest of his races that year. I’ll tell you it was some kind of thrill.”

Striking Sahbra started out his sophomore campaign with Wollam, but was later transferred to another Hall of Famer in Bruce Nickells, then James Eaton, before returning to Wollam’s shedrow. The stallion closed out his two years of competition with a triumph in the Galt Stake at Maywood Park on Nov. 16, 1993.

“I think we never really saw the best of him on the racetrack,” Wollam said. “I think there was much, much more, but circumstances never worked out for him to show that.

“For him to go on and become the stallion he did demonstrates what he possessed. I can’t explain what it was like to be associated with a horse like that.” 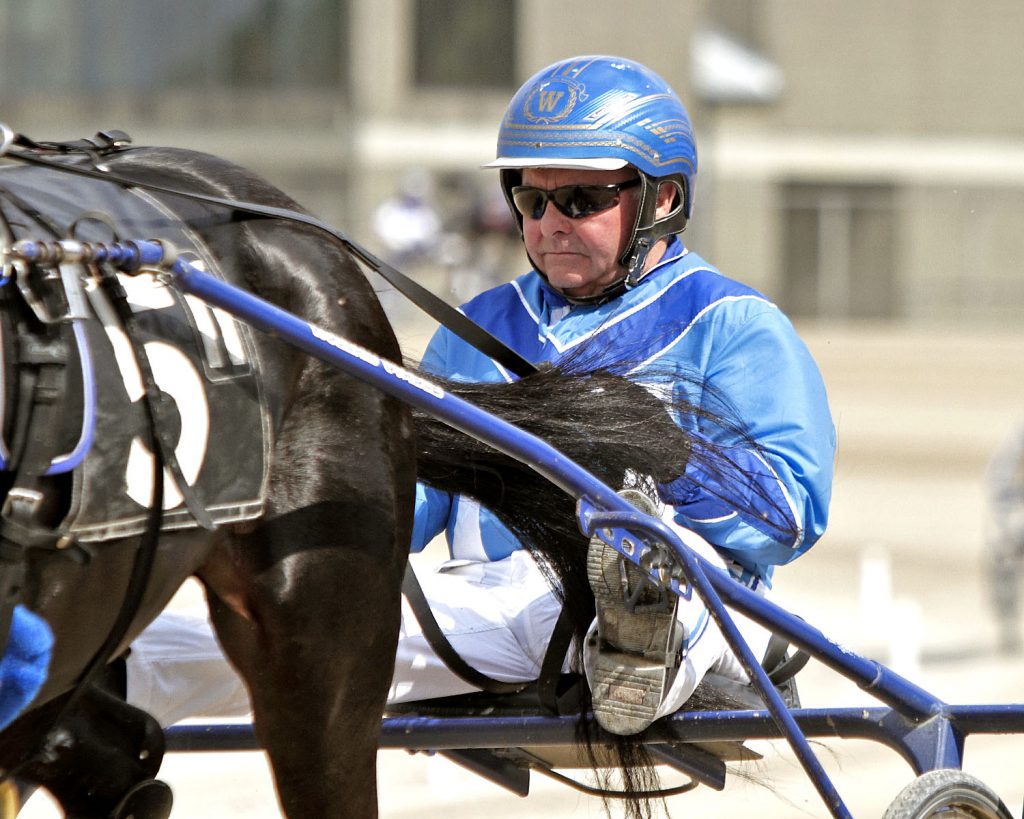 Marty Wollam was inducted into the Ohio Harness Racing Hall of Fame on Jan. 21. Conrad photo.

While Striking Sahbra commenced his second career Wollam continued with his primary profession, yet the stallion was ever present in his success. Full Count 4,1:55.4f ($238,692), an Ohio State champion, sired another Buckeye standout in Count Me In 4,1:53.2f ($439,319). Both were stars in the Wollam barn.

Despite being feted himself for his own induction into the Ohio Harness Racing Hall of Fame, Wollam stresses the fact that the horses and those that complete the daily tasks at the barn are the ones that should be lauded.

“People only came to the awards ceremony for the horses,” he said. “Those are the awards everyone cares about. That is what they wait all night for. And I had great help through my career; not only my wife Patty, but my son, son-in-law and all the people that worked with me over the years. I was so very fortunate to have that in my life and feel so honored I was selected for the Hall of Fame.”

Previous: Bartlett enjoys a Yonkers ‘seven-pack’ Thursday
Next: In The Barn With: Sweet Lou
302 More posts in Fan Zone News category
Recommended for you