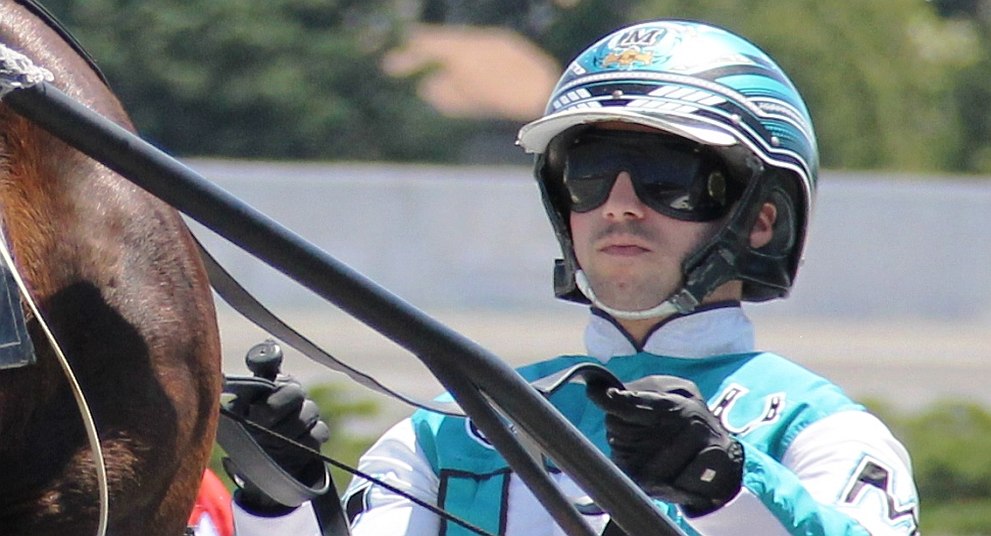 Jim Marohn Jr. just completed his most successful January ever, winning 47 races overall and sitting in a tie at the top of the Meadowlands standings with 21 victories. The 34-year-old driver hopes his fast start might lead to more fast horses in the future, particularly when it comes time for stakes season.

Marohn has won 3,607 races in his career, which began in 2002, and has previously won driving titles at Tioga Downs and Monticello Raceway. Like many drivers working their way up through the ranks, his early emphasis was on winning as many races as possible. Now, he is ready to change his focus.

“When someone is young and starting out, it’s really all about winning as many races as you can and trying to prove yourself,” said Marohn, who won a career-high 436 races last year, surpassing his previous best, set in 2015, by one victory. “That’s how everybody comes up in the business. Now I think I see myself focusing more now on getting into the bigger races than the wins. I’d like to be in more stakes races.

“And I’d like to concentrate more on the Meadowlands and Pocono this year,” added the New Jersey resident, who has competed at 23 different racetracks during his career, winning at least once at 21 of them. “The Meadowlands is still the hardest place to race. They might go for more money some places, or go faster other places, but pound-for-pound (the Meadowlands) is still the toughest place to win a race. Every race is so competitive there.”

Marohn has got three morning line favorites on Thursday’s (Feb. 2) card at the Meadowlands. The final three races of the night, races seven through nine, will be broadcast on “Meadowlands Harness Live” from 9:30-10:30 p.m. on SNY.

“The year started off really good,” Marohn said. “I’m picking up some good horses. I drive pretty much everything for (trainers) Rob and Patti Harmon and their barn right now is doing really good. They’ve got their horses classified really good. The name of the game is horsepower. You can’t do much without it.”

Following is a look at Marohn’s drives in the three races that will appear on the SNY broadcast.

Marohn drives Jarnac, 9-2 on the morning line, in the seventh race. Jarnac, an 8-year-old female pacer trained by John Bavosi, is winless in three races this year but is coming off a third-place finish in this class at the Meadowlands last week.

“She’s OK,” Marohn said. “She gets off the gate really good. I think the last couple times I drove her I left with her. She’s got enough speed to get in position. If things shake out good late for her she could be right there.”

In the eighth race, a second leg of the Dash for the “G” Notes Series for conditioned trotters, Marohn sits behind Detroit Rapper from the Harmon barn. Detroit Rapper, who was second in his seasonal debut and third in last week’s opening round of the “G” Notes series, is the 2-1 second choice behind 8-5 favorite Never Ever Clever.

“He’s an old classy horse,” Marohn said about the 6-year-old gelding. “He’s a horse that once you get started you’ve got to kind of keep rolling with him. I went the third quarter in :28.1 last week and it might have taken a little bit out of him finishing halfway down the stretch. But the horse showed a big turn of improvement that last start.

“He’s got post seven (Thursday). If he can stalk some of the leaders and get a good cover trip, I think he wins that race.”

In the ninth race, a second leg of the Dash for the “G” Notes Series for claiming pacers, Marohn has got the 7-5 favorite in Whatagamble. A 9-year-old gelding trained by Mike Watson, Whatagamble won his start in last week’s opening round of the series. He has a win, a second and a third in four races this season.

“He was really good last week,” Marohn said. “I think he could definitely win again. You’ve got to get him up on the bit in the post parade because otherwise his mind will start to wander and not really focus on the racing. You’ve got to keep his mind on his business. I just went out and did that and he raced great, wire-to-wire.”

For more with Marohn from a conversation last year about his career, click here.

Previous: In The Barn With: Sweet Lou
Next: Trackside With: Drew Monti
302 More posts in Fan Zone News category
Recommended for you