Standardbreds are consistently showing their versatility, whether it’s riding or driving, for show or for pleasure. Hoof Beats is happy to share stories from readers about their favorite Standardbreds. This month, Charlotte Gelston writes about how she and her Standardbred, Vanessa, found what seemed to be a lost trail. 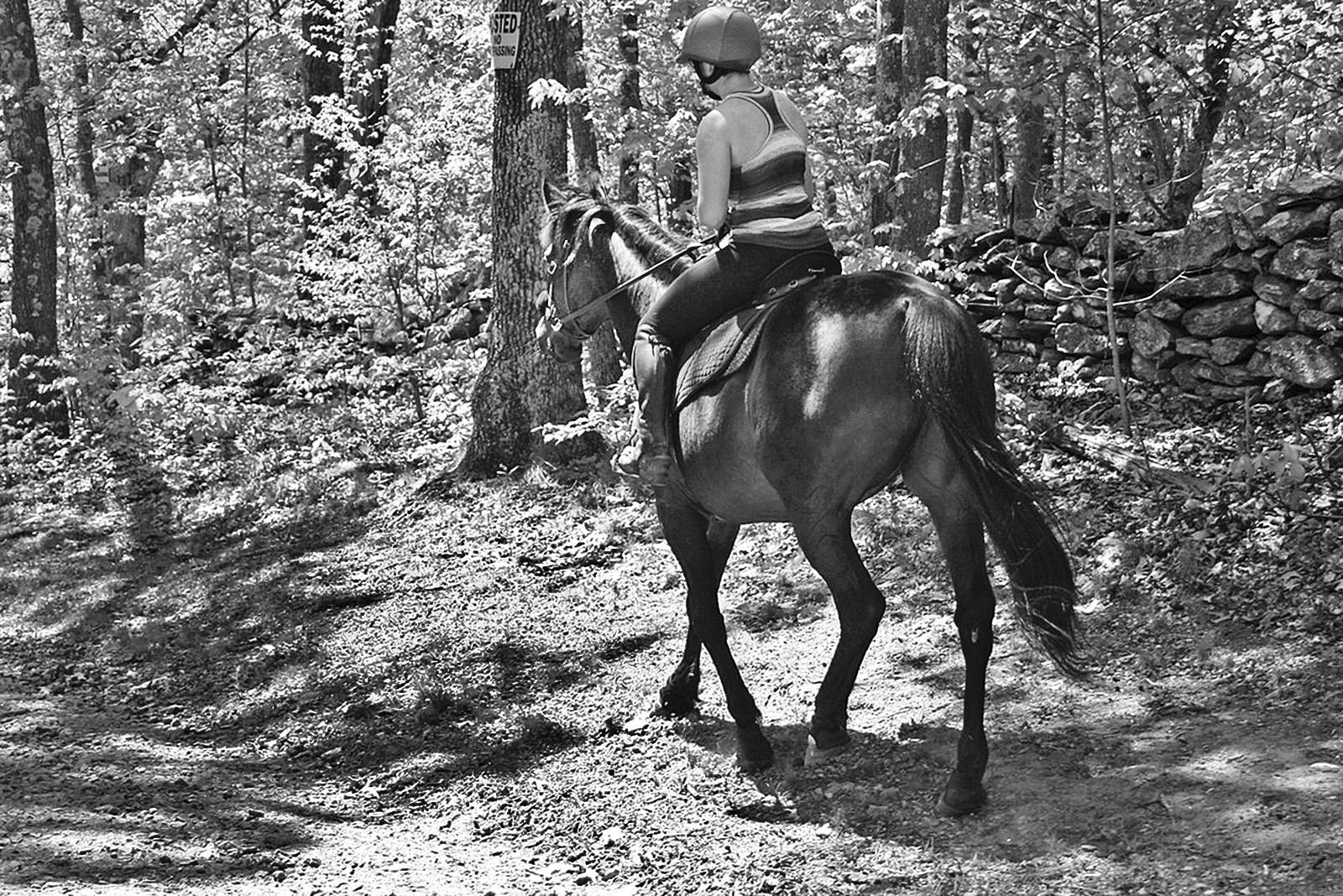 LOOK FOR THE LOW POINT: When trying to find a new way back to a riding trail, the author had to look for a low point in a stone wall that the horses could walk over without jumping.

Nothing is more disheartening to an avid trail rider than discovering a new housing development encroaching on the best woods trails.  We knew that one had begun down at the bottom of the hill, on the far side of a large tract of land where we loved to ride.

But it was still a shock to come around the corner of the trail on the plateau and find a whole section clear-cut, right where the trail should have been.  My mare, Vanessa, was so stunned that she stopped short and snorted loudly.

“I feel the same way, I told her. “It’s a shame to lose great trails like this, but we can find our way around it.”

Not wanting to leave hoof prints on the newly graded soil, I guided Vanessa along the edge of the barren swath. My friend, Margie, and her horse followed us.

“Don’t worry,” I said confidently. “I’m sure the trail is over here to the right somewhere. I will find it!”

I asked Vanessa to go to the right, but she refused to move.

“I guess that is not the way after all,” Margie said with a laugh.

“OK,” I said to Vanessa, “maybe I’m a little off track. Let’s go straight ahead.”

I nudged her forward with my heels, but she would not budge. I clucked to her, nudging again. There was still no response, except for the classic shaking of her head to let me know I was wrong once again.

“Oh, brother!” I said as I turned her head to the left. “Are you telling me that I am completely mixed up, and the trail is in the opposite direction?”

Sure enough, she moved in that direction without further hesitation, pushing through the underbrush in her way. After a hundred feet, there we were, back on the original trail, but further along on the plateau. I had totally forgotten how the trail wound around in a backward S-shaped curve at that point.  I’m not very good with directions in the woods, obviously.

“Is it terribly humiliating to be outsmarted by your horse?” Margie asked me, laughing again.

“Maybe a little, ” I confessed. “But every once in a while, when I am correct, she doesn’t mind admitting it, so neither should I.” 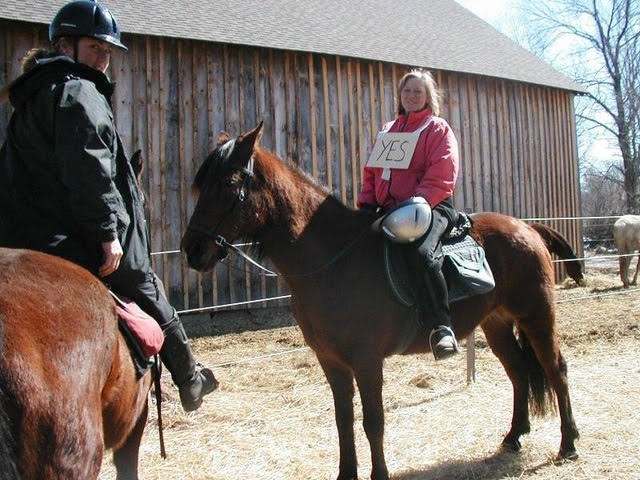 The author (left) and her friend, Margie, have learned some useful things about horses’ sense of direction while bushwhacking on the trail together.

We continued on our ride. A few miles later, we decided to do some bushwhacking and see if we could find a way through to a friend’s house that was on the east side of the old woods road. There was a stone wall all along the way, made even higher by the fact that the old roadway had eroded quite a bit over the centuries. We were looking for a low spot where the horses could get over it without having to jump, as we had to climb the embankment at the edge of the road before stepping over the wall.

I spotted a place where the stones were much lower in one section, but when I looked closer from my vantage point astride my horse, I could see that a large tree had fallen behind and parallel to the wall. It was too big and wide to step over because it was close to the wall, so I kept on going.

About 50 yards from that spot was another slightly lower section of wall, so we climbed up the embankment. It would necessitate a big step over the stones, but it was not impossible.

Vanessa took exception to this idea. She always sought the easiest route, which was her job as the alpha mare. “Preserve the herd’s energy” was her motto, in case they needed to outrun a predator. She stood there, looking at the wall and refusing to attempt the crossing. I asked her a second time and got the usual response of headshaking.

“Do you have a better idea, Vanessa?” I asked her, dropping the reins.

Yes, she did.  She headed back to the first low spot that I had noticed.

“Finally I know something you don’t know, Miss Smarty. You’ll see,” I said to her.

I knew she could not have seen the big tree that had fallen behind the stone wall. I let her continue on her way. She confidently marched forward, climbed up the embankment right in front of the low spot, expecting to easily step over lower stones.  She halted abruptly as soon as she was able to see over the wall. It was not going to be as easy as she had thought with the big tree in the way.

She turned her head toward me with what seemed to be an embarrassed expression on her face, and meekly walked back to the spot where I had asked her to cross in the first place. Vanessa nimbly stepped over the stones without further fuss.

“Isn’t it fun when the tables are turned and you are the one who is correct for a change?” Margie asked.

“It certainly is!” I said with a smile.

We had no trouble finding the way to our friend’s house, and our efforts were rewarded with a cool glass of lemonade for us and a carrot for each horse.

Photos courtesy of the author

To see more from the October 2017 issue of Hoof Beats, click here.

46 More posts in Headlines category
Recommended for you 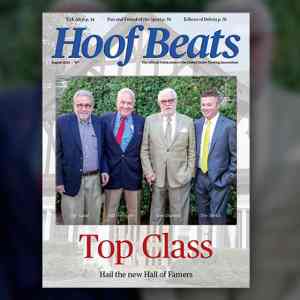