Sitting behind a horse wasn’t Mike Cayouette’s first time around a track. Before he found harness racing, Cayouette was active in snowmobile racing.

“We raced on horse tracks; they iced them down in the wintertime and we raced on them,” said Cayouette, who lives in Maine.

“(Racing) a snowmobile is a little easier,” he added with a laugh. “You’ve got a little more control with that one.”

Solving issues with a snowmobile and making one go fast might be easier, but working with a horse and unraveling the mysteries to each one’s success is what drives Cayouette now.

“It’s fun with the horses, figuring out what they need to have, need to wear,” said Cayouette, who has eight horses in training. “You’re learning as much as they’re learning.” 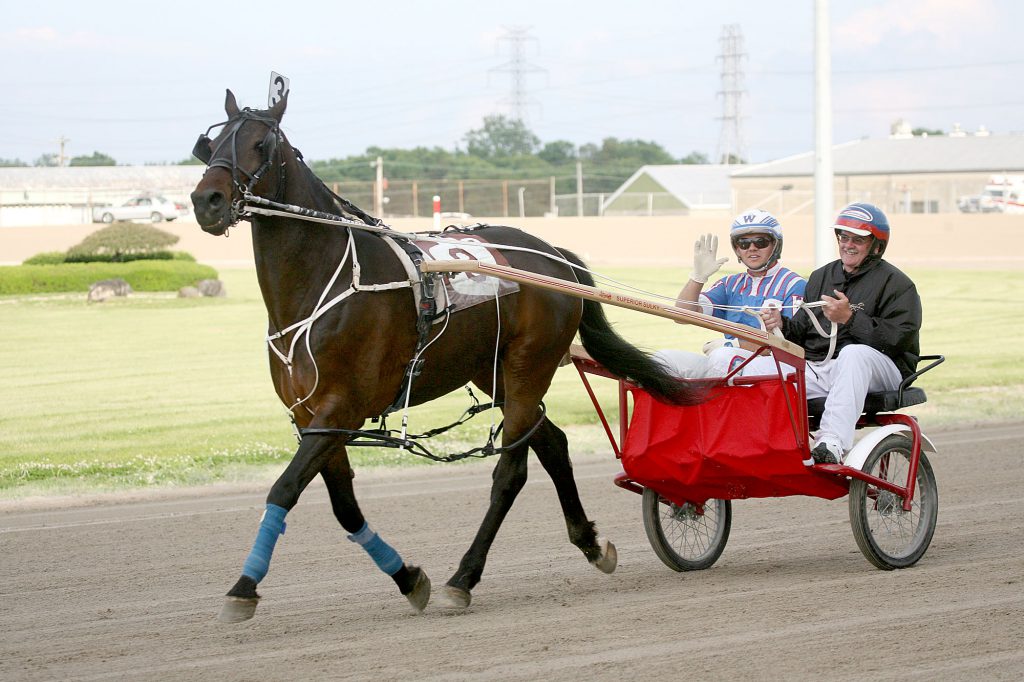 Cayouette, who owns the Sidney Training Center, started his own learning at the U.S. Trotting Association Driving School in 2010. Cayouette owned racehorses for a decade, but wanted to get more involved as a trainer and driver. Since the school, the 59-year-old Cayouette has posted 93 wins as a trainer — including a career-best 22 last year — and 24 victories as a driver.

“It’s been good,” said Cayouette, who also operates a retail flooring business. “The school was a lot of help to me because I was pretty green as far as being a trainer or driver. Mostly I was just an owner and occasionally I would jog some now and then.

“At the school, I liked the part about the shoeing a lot. And Aaron Merriman spoke and he was quite helpful, too, as far as driving. I would definitely recommend the school.”

Seven years after attending the school, Merriman drove one of Cayouette’s homebred pacers at Ohio’s Northfield Park. Merriman won with the horse, Sinners Prayer, in a then-lifetime-best 1:53 on Feb. 27.

“That was awesome,” Cayouette said.

This year’s Driving School will begin Wednesday (May 31), with a welcoming reception/dinner featuring Bob Boni, co-owner of 2016 Horse of the Year Always B Miki.

Participants work alongside grooms and trainers stabled at the fairgrounds Thursday-Saturday mornings. Each afternoon, topics such as horse ownership, veterinary care, driving strategy, training and conditioning and stable management will be covered by guest speakers.

As for Cayouette’s biggest accomplishment since the school, he said “just driving is an accomplishment to me.” He won 10 of 72 races as a driver in 2012, but has cut back on his driving in recent years.

“In the future I’d really like to have a nice open (level) horse,” Cayouette said. “We don’t have the better grade of horses, but we get around. My wife (Brenda) loves the horses and is an owner on a lot of them. It’s a lot of fun.”

Previous: A ‘Chip’ Off The Ol’ Walther
Next: Posts Drawn for Levy and Matchmaker finals
302 More posts in Fan Zone News category
Recommended for you