Clarissa Coughlin hasn’t seen Tough Love since 2005. That didn’t stop her from dropping everything to buy the 14-year-old pacer this summer.

“I followed him his entire racing career,” Coughlin said. “He raced week after week, always in the money, always giving his heart. The longer he raced the more determined I was to keep my eye on him and find him a safe place to land after racing.”

Tough Love, the Blissfull Hall son of Love N Touch, retired in July after an incredible 434 lifetime starts highlighted by 57 wins, 59 seconds and 59 thirds. Coughlin knew the gelding more than a decade ago. Her husband Jim broke the colt for Maryland trainer John Wagner. 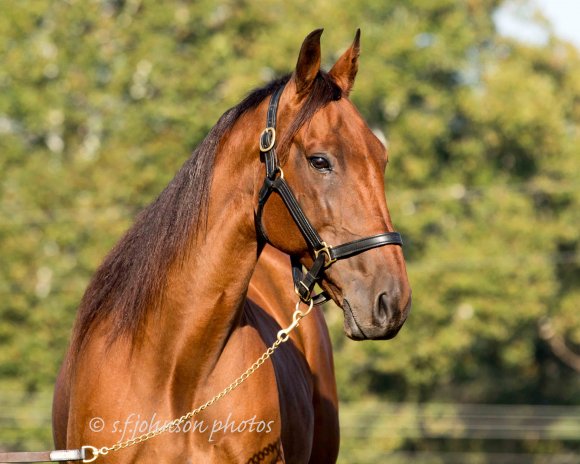 “We knew he was a special horse,” Coughlin said. “He was easy to break, kept his mind on his work and was a pleasure to be around.”

She still recalls his gentle personality.

“He was just so easy going and giving,” she said. “He’d do whatever you asked of him.”

Though he left the Wagner stable at the end of 2005, Coughlin continued to follow his career. While he found just modest success as a 3- and 4-year-old, he lowered his lifetime mark to 1:52.3 as a 5-year-old. That year, he raced an impressive 47 times, winning eight races and picking up eight seconds and 11 thirds. Tough Love really hit his peak as a 6-year-old, when he won seven races, lowered his record to 1:50.4 and earned $127,252 in the process. The pacer’s success continued as he aged. As a 12-year-old, he won seven races. As a 13-year-old, he proved to be tireless. He went behind the gate 40 times, winning 10 races. He closed out his remarkable career with three wins in 2017, bringing his earnings to $589,263.

While Coughlin remembers when Tough Love was a $50,000 claimer, she hadn’t forgotten about him by the time he was a $2,500 claimer.

“I have contacted some of his owners through the years to let them know I was interested in him after his racing career,” she said. “During the past few years I have become more aware of the fate of Standardbreds after they can no longer race. New Vocations and the Standardbred Retirement Foundation have been ahead of the game in providing a second career for our horses.”

She’d planned all along to make sure the gelding found a good home once his years as a racehorse were over. She was crestfallen when she heard he’d been sold to a horse dealer in the Midwest this summer. She quickly began making calls, eventually locating the horse and arranging to buy him back for $1,200. New Vocations Racehorse Adoption Program eagerly agreed to take him in and find him a new home.

“We were thrilled we were able to get him,” said Winnie Nemeth, New Vocation’s Standardbred program director.

She said he fit the program perfectly, as New Vocations focuses on taking in horses who have raced within the past year or so and retrains them to be riding horses. After some under saddle training, Tough Love is now up for adoption. He’s advertised online (www.horseadoption.com/horseprofiles/tough-love/) as “charming” and “unflappable.”

“He’s a typical warhorse,” Nemeth said. “He’s been there, done that. He was very easy to break to ride and he’s remarkably sound for a horse that’s raced as long as he has.”

She says New Vocations aims to “stand in the gap” to make sure horses like Tough Love end up in good situations after their careers on the racetrack have ended.

“A horse like this is so deserving of a different career,” she said. “We always like the warhorses. They have so much training and knowledge to offer. That’s typically what adopters want, a safe, seen-it-all horse. We’ve had a lot of interest in him already.” 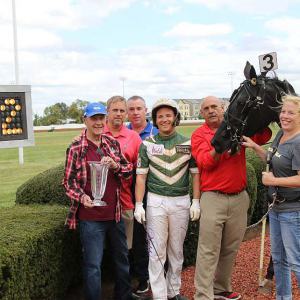