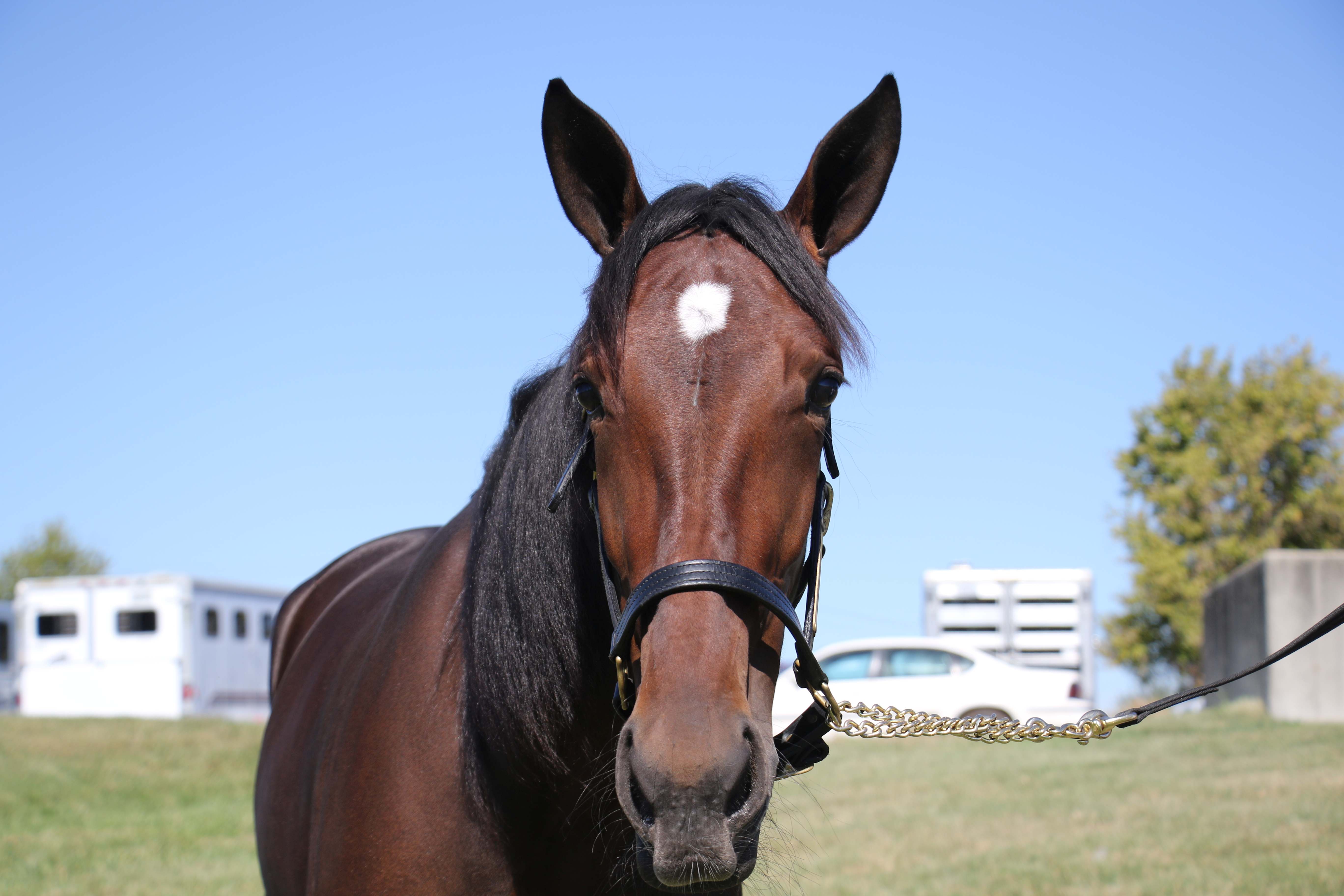 Manchego’s young career has so far been perfect with 11 victories from 11 starts. Mark Hall/USTA photo

The Jimmy Takter-trained Manchego has won all 11 of her races this season, including a 2-1/2 length victory over Lily Stride in 1:54.1 in her elimination last week. She has earned $573,948 and is the No. 2-ranked horse in North America behind only 3-year-old stablemate Ariana G.

“It will take a heck of a horse to go by this filly,” Takter said in the winner’s circle after the race.

“She is a fantastic horse. She is a little bit of a repeat from Ariana from last year. She is the same type of horse. She knows what she’s supposed to do. She’s very professional.”

Manchego, with driver Yannick Gingras, is the 6-5 morning-line favorite in this year’s event, but 9-5 second choice Phaetosive also has attracted attention.

Phaetosive, trained and driven by Trond Smedshammer, has won four of six races and finished second twice to Manchego. She won her Breeders Crown elimination by three lengths over Seviyorum in a track-record 1:53.3. 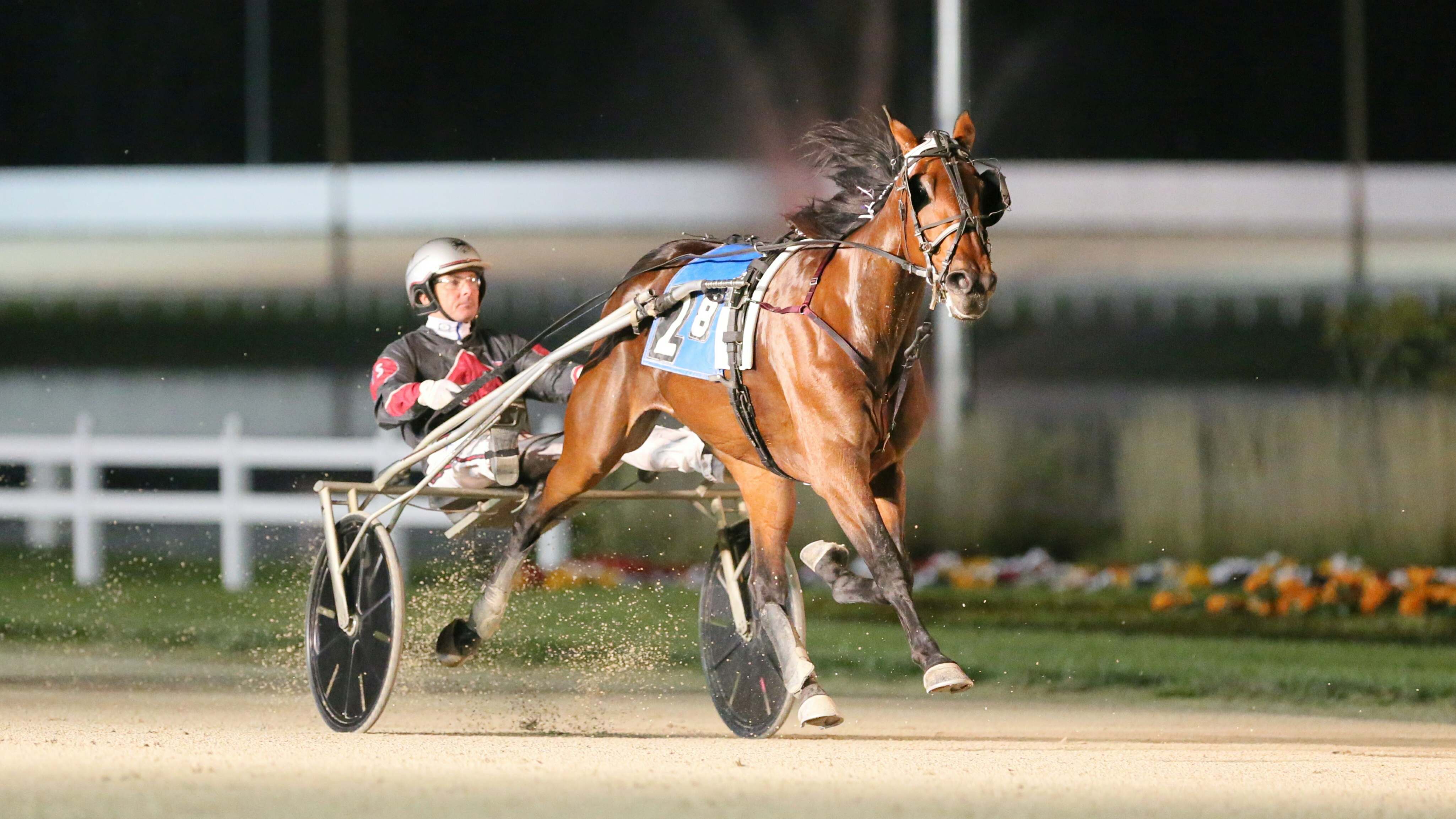 Phaetosive’s only losses have come in races where she finished second to Manchego. She won her Breeders Crown elimination in 1:53.3.  Dean Gillette photo

“When you come across a top talent like this,” Smedshammer said, “you just got to watch after them and take care of them.”

Ariana G is the 3-5 morning-line favorite in the $500,000 Breeders Crown for 3-year-old female trotters despite starting from post eight in the 10-horse field. Post eight has an 8.6 win percentage, which is better than only posts nine and 10 at Hoosier.

The connections of Ariana G, who has won 11 of 14 races this year, accepted a bye to the Breeders Crown final. Only one of Ariana G’s losses this season has come against female competition; a neck setback to Ice Attraction in the Kentucky Filly Futurity on Oct. 8 at The Red Mile. 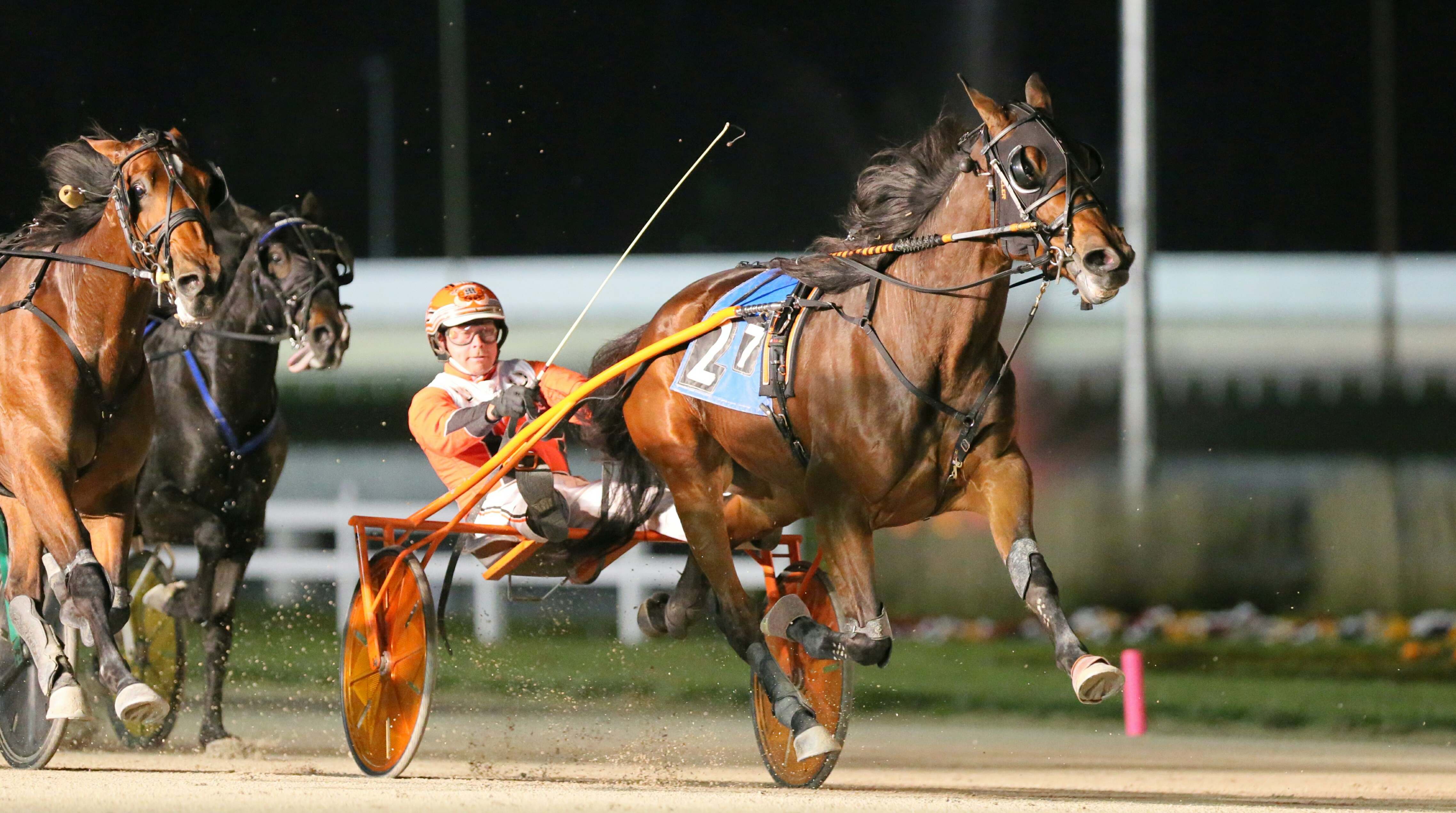 “It was really awesome,” Overdraft Volo’s trainer Julie Miller said. “It was a picture-perfect drive by Andy. He got a two-hole trip and even though he might have had to go a little sooner than he liked, when he asked her to go, he pointed her forward and she went. And to hold off Ice Attraction, who also got a good trip, I was pleased with that too.

“I think we’re fresh coming in. I think we made a good decision to bypass the Kentucky Futurity for the girls. I think she’s been a model of consistency this season. I’m really proud of her.”

In the $600,000 Breeders Crown for 2-year-old female pacers, Youaremycandygirl brings a four-race win streak to the event. Youaremycandygirl, driven by Gingras for trainer Ron Burke, has won six of eight races and is 9-5 on the morning line. She is the second choice, though, to Joe Holloway’s 8-5 Rainbow Room, who has won seven of 10 and never been worse than second.

Each filly won her elimination last week, Rainbow Room by 2-1/2 lengths over Firestorm in 1:52.3 and Youaremycandygirl by one length over Reign On Me in a track-record 1:51.

“She was just great,” Burke said. “She’s my best shot (to get a win) for the whole weekend. She was a little bit hot (in her elimination) but I think it’s just new surroundings and everything. She seems to be a very smart filly and adapts well so I think she will come back next week and be a lot better.

“She’s just a very good horse. She had one bad start at Yonkers, where she got caught in a bad spot and put in a couple steps and I think lost her confidence, but other than that she’s been pretty damn good. After she qualified this year (in June), me and Yannick both said she was our best filly.”

Previous: Caviart Ally Looks To Rebound In ‘Crown’
Next: Picture of Courage