Charlie Williams, the stallion manager at Southwind Farms in New Jersey, has been named the recipient of the 2017 Caretaker of the Year Award by the U.S. Harness Writers Association.

Williams, 68, has worked at Southwind Farms for nearly three decades. Williams was born in Georgia and began working with horses as a young man in Florida. He spent the early part of his career with Thoroughbreds, as an exercise rider and caretaker, before a knee injury forced him to give up riding.

While sidelined because of his injury, Williams answered an advertisement for a part-time job at Southwind Farms. His horsemanship and attention to detail eventually led him to his current position at the farm, where he has cared for some of the sport’s top stallions, beginning with Valley Victory and Artsplace right through to today with Muscle Hill. 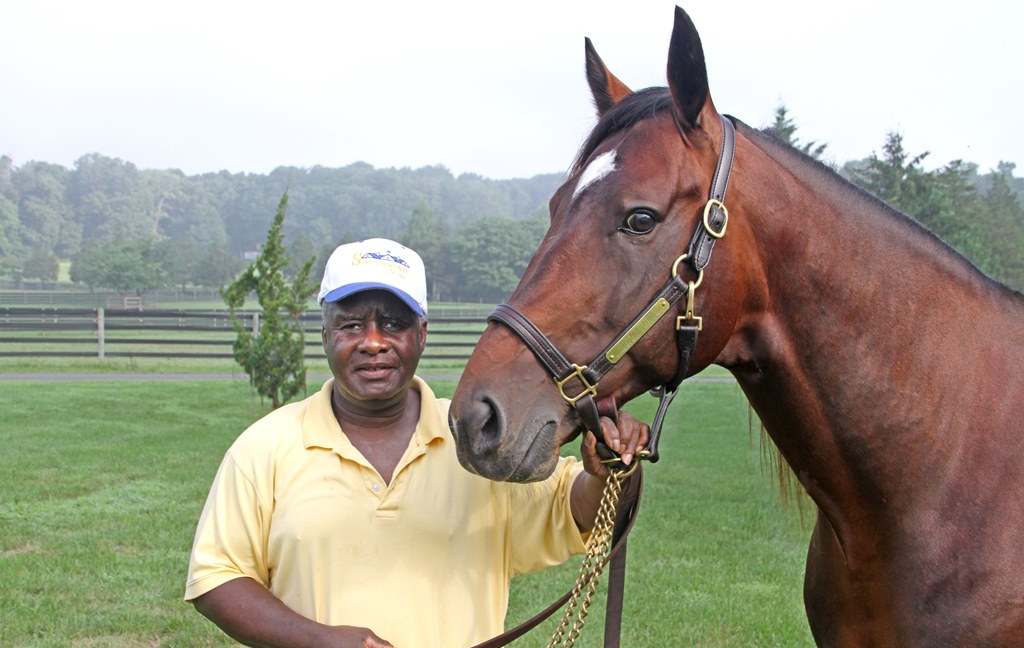 Charlie Williams has looked after some of harness racing’s greatest stallions, including Muscle Hill. Photo courtesy of USHWA

“This is something I’ll never forget,” Williams said of his Caretaker of the Year honor. “From picking cotton as a young kid to go on and take care of world champions, it’s been a dream come true. I started working at the bottom and worked my way to the top. I was very fortunate to luck out and work with horses. I’ve had the chance to take care of the best.

All caretakers in North America are eligible for the Caretaker of the Year Award. A seven-member panel – all former caretakers – selected the winner after reviewing nomination letters detailing the skills and special qualities of each nominee.

Williams will receive a cash prize of $500, transportation, and two tickets to USHWA’s annual Dan Patch Awards banquet Feb. 25 in Orlando, Fla., where he will be presented a trophy. He will also enjoy a two-night stay at Rosen Shingle Creek, host hotel for the USHWA activities.

Williams received several nominations, with one writing, in part:

“There are grooms and caretakers at all stages of a horse’s life and this man exemplifies the true embodiment of a caretaker and is truly worthy of Caretaker of the Year. This man puts his heart and soul into every stallion that is lucky enough to stand in a stall in his barn.

Williams is self-described “old school” when it comes to taking care of his horses. But the stallions are more than horses to Williams, they are friends.

“I love everything about them,” Williams said. “They have personality. With Muscle Hill, he’s like my best friend out there. I know how he thinks and he knows how I think. It was the same thing with Artsplace. They’re like people. It’s unbelievable when you work in the barn with them.

“I have a habit, I talk to them. I’m in the stallion barn, so I talk with all the horses like I’m talking to a human. And I never cut corners with them. I give them the love and attention and they give the love and attention to me. I’m 68 years old and I can’t wait to get up in the morning and come to work. When you walk in the barn, they know you and sound off. They’re happy to see you and you’re happy to see them.”

from the U.S. Harness Writers Association

Previous: Qualify for the WHHC this Saturday at Meadowlands
Next: Jack & Maria Rice: Training Team

44 More posts in Headlines category
Recommended for you 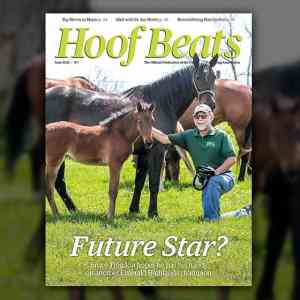 Features He’s All In Track visits with his father, one pacing mare put Bruce Trogdon...