Comeback: Returning from an eight-month-long layoff due to a broken splint bone, Freaky Feet Pete won his first qualifier of the season in 1:53.1 at Hoosier Park Racing and Casino on June 3, with Trace Tetrick in the bike. Photo by: Grace Hollars

As she aided her son in preparing their horse for his first appearance at Hoosier Park in more than eight months, Mary Jo Rheinheimer’s thoughts were certainly focused on the task at hand, but a compartment of her mind must have been focused on her journey through life over the last half-century.

Although the person who had traveled the same course with her for all those years was now not physically present, his impact was a palpable force as two of the most beloved things they had created together were before her eyes in their child and their 5-year-old homebred world champion Freaky Feet Pete.

A son of Rockin Image – Skyway Lori, Freaky Feet Pete is the product of decades of hope, endless hours of labor and unbridled dreams. In fact, Rheinheimer’s husband, Larry, spent his last moments on earth preparing this horse to compete at Hoosier Park, but now the task has been bequeathed to his son, Marty. In addition to the public anticipation of Freaky Feet Pete’s return, the Rheinheimers were also saddled with their own apprehension about creating the senior Rheinheimer’s legacy, as Freaky Feet Pete was returning to the track after enduring, not only the loss of the man who had spent nearly every waking hour with him, but an injury that had derailed the 2015 Breeders Crown victor’s 4-year-old campaign.

“Pete broke a splint bone in his right front leg,” said Marty Rheinheimer, who co-owns the stallion with his mother. “He essentially finished his last race (the Dayton Pacing Derby on Sept. 30, 2016) on three legs and still finished third behind those two horses (Wiggle It Jiggleit and Always B Miki.) We think he injured it in the Dan Patch (on Aug. 12) when he raced so poorly (sixth place) and we couldn’t understand why.”

On this sunny summer day, nearly 10 months after sustaining his injury, Freaky Feet Pete, under the watchful gaze of not only Mary Jo and Marty, but a number of Hoosier Park’s faithful fan base, witnessed a sight that made their hearts soar. With his regular pilot, Trace Tetrick, holding the lines, the stallion left the gate with his three rivals and finished 12 lengths ahead of them at the wire in 1:53.1 in his qualifying contest.

The following week, Freaky Feet Pete made his second 2017 appearance at Hoosier Park in another qualifier, with an even more impressive triumph, stopping the clock in 1:51.2. 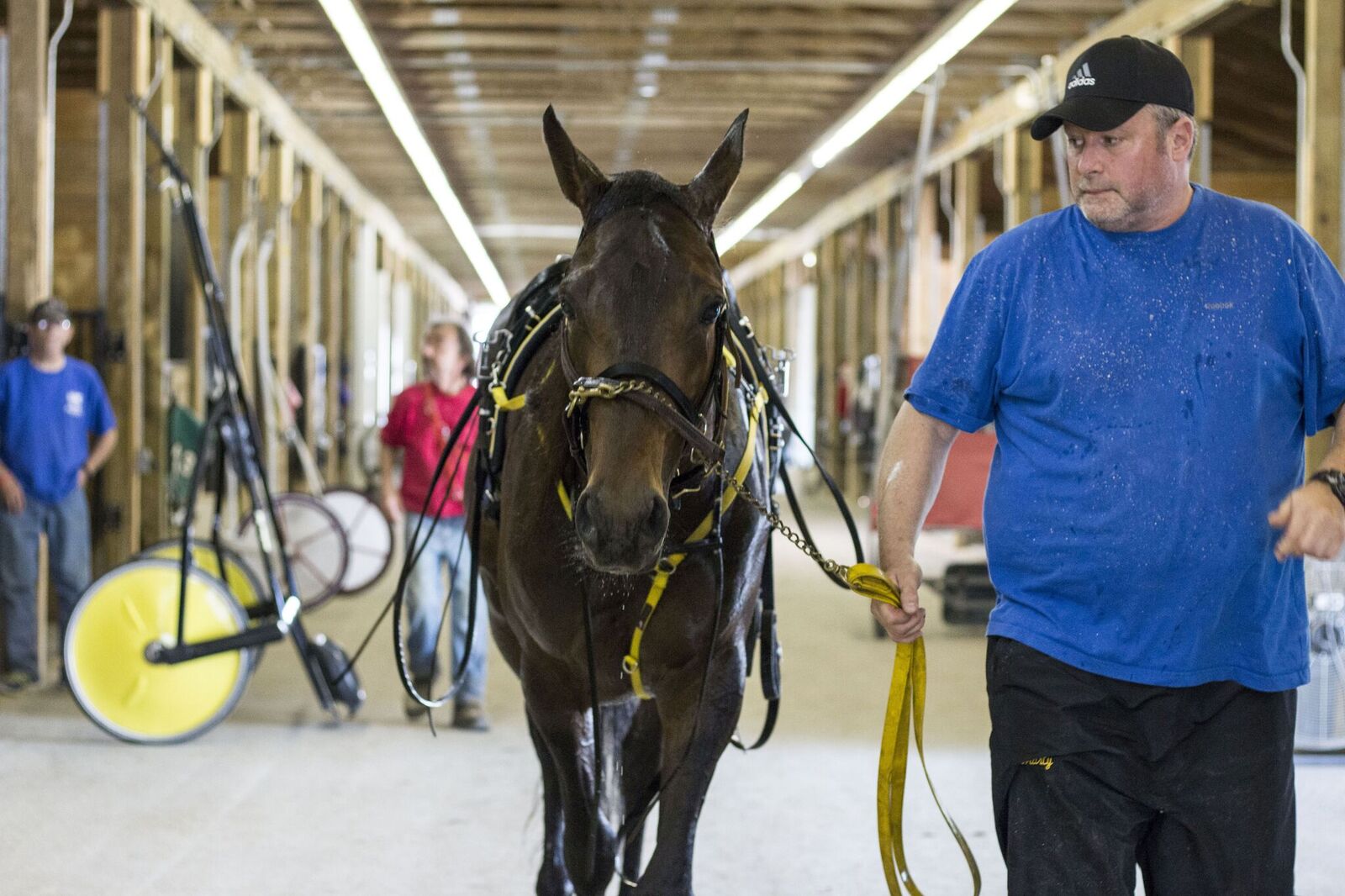 Marty, the son of Mary Jo Rheinheimer and the late horseman, Larry Rheinheimer, is continuing Larry’s legacy by bringing Freaky Feet Pete, their 5-year-old homebred, back to the races. Larry died last September while campaigning the world champion at Hoosier Park. Photo by: Grace Hollars

“All the ultrasounds, everything looks perfect and he’s a happy horse,” the younger Rheinheimer said. “But Pete is always such a good-mannered horse it is hard to know if anything is ever wrong.”

The type of fracture suffered by Freaky Feet Pete, who has banked $1.53 million and compiled an exemplary race resume of 44-30-5-2 over his four-year career, is quite common and can be the result of direct trauma or from excessive wear while competing.

While many splint bone fractures heal entirely on their own and a horse often fully recovers after a short period of rest, these fractures can cause serious complications. When the bone heals, it has a tendency to form a calcified lump that can interfere with the suspensory apparatus, or the bone can flake or chip, sending fragments into the tendons and ligaments. In these situations, surgical removal or shearing of the bone is often the best treatment option.

“Most authors see a fracture as a main indication for splint bone amputation because of the risk of an excessive callus formation,” stated Dr. K.J. Boening and Dr. Ines Wienker, at the 2005 North American Veterinary Conference. “The callus and secondary pseudarthrosis can interfere with the adjoining suspensory ligament. One author describes that irritation of the suspensory ligament due to the callus is unlikely because it is being formed by the movement of the tendons. In case of exostosis, it is recommended to remove this particular exostosis. Some authors point out that in case of excessive callus formation on the fracture side, the amputation should be more proximal, including the callus.” 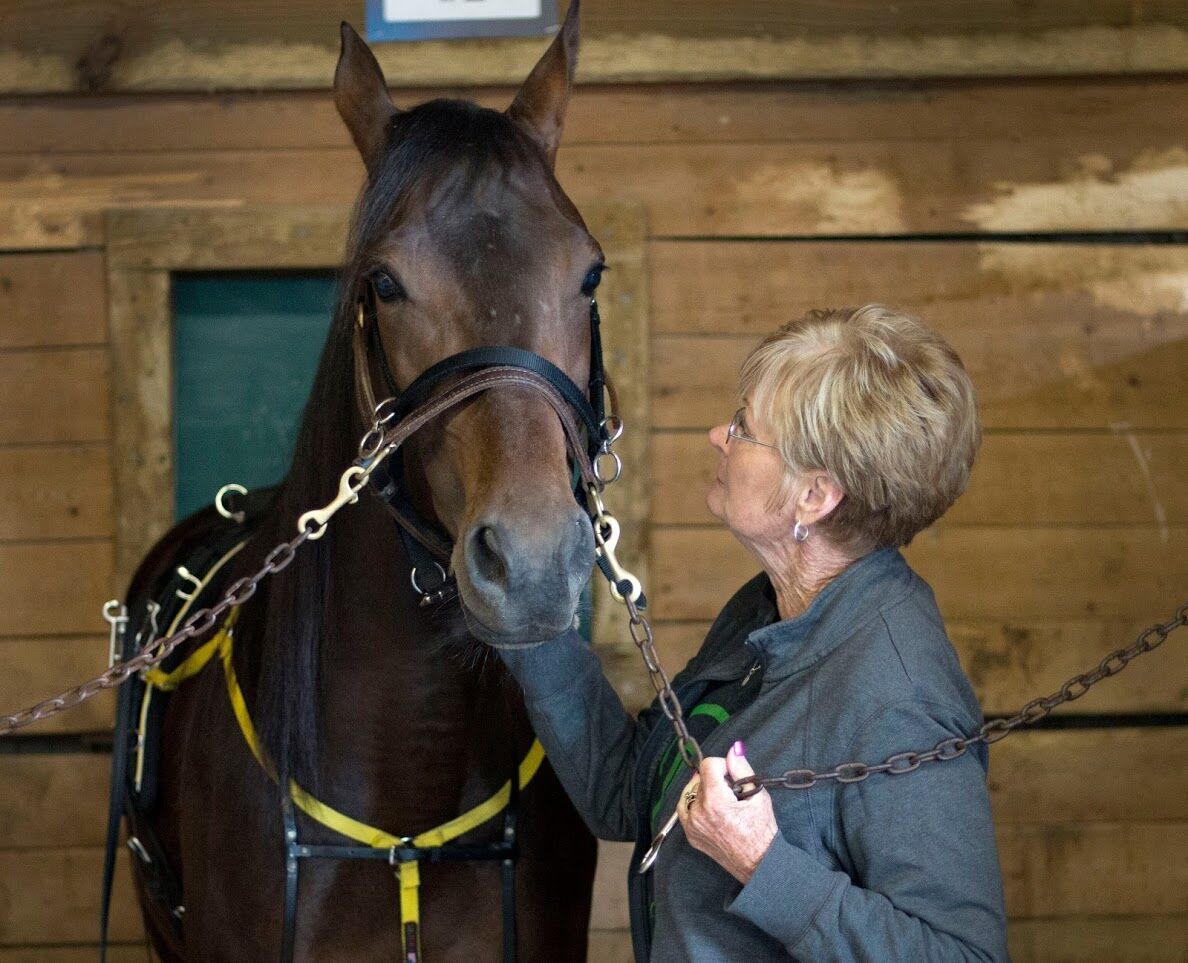 In Freaky Feet Pete’s case, the splint bone did separate into fragments, which entered his suspensory apparatus. After consulting with veterinarians, however, the Rheinheimers elected to allow Mother Nature to take its course in conjunction with stem cell therapy rather than subjecting the horse to the operation.

“The vets talked to us about the surgery and we spoke with several to get their opinions on the type of fracture Pete had,” Marty said. “They could have gone in to remove any pieces of bone, but that also has risks because of the tendons and suspensory. After weighing all the options, we decided to treat the suspensory with a stem cell injection and then if there were still issues with the splint bone, we would have opted for the surgery. Fortunately, once the suspensory healed, the splint bone was in good shape as well.”

As with all horses that sustain splint bone fractures, the first stage of Freaky Feet Pete’s recovery involved a period of complete rest, which was something the stallion did not particularly enjoy for the three months of downtime he required.

“Pete got kind of antsy just sitting in his stall for those few months,” Marty said. “He’s the kind of horse that likes to be out doing his work or just doing something. He was more than ready to get out of his stall and start moving around when his rest period was over.”

With the ultrasounds showing Freaky Feet Pete’s leg was on the mend, the Rheinheimers transitioned him to light exercise this past January, which consisted of walking on an underwater treadmill to strengthen his limbs and raise his fitness level. The amount of work Freaky Feet Pete was allowed to engage in was gradually increased until the younger Rheinheimer began jogging him in February. Over the course of March, April and May, Freaky Feet Pete returned to his regular training regimen and prepared to launch his comeback.

“Everything still looks great with his leg,” Marty said. “He has not experienced soreness or swelling and all the ultrasounds have come back clean. I think he’s actually filled out some and maybe the time off from the injury could have been good for him. I wouldn’t say he has grown taller, but he has put on muscle and just kind of expanded into his frame. He’s never been a very big horse, but he is well put together and I think he looks stronger.”

Although the Rheinheimers staked their superstar to all of the key Grand Circuit events, Freaky Feet Pete is being pointed toward three particular engagements on this year’s calendar. All of these events will honor the memory of his constant companion for the first four years of his life and the man that was absolutely devoted to him.

“I never thought I would ever have a world champion that we bred right here in Indiana,” Larry Rheinheimer said prior to his death from a heart attack in the Hoosier Park paddock Sept. 24, 2016. “’Pete’ has taken us places we would never have dreamed of going and we’ve done things we never imagined we would do like winning the Breeders Crown.

“And everyone here knows him. When I out go out for my coffee each week, everyone asks about him and how he is doing. They always want to know when he’s racing again and they say they will come out to see him–and they do.”

Unfortunately, Larry will not be able to witness in person as his horse continues his quest for a Dan Patch Invitational trophy, a visit to the winner’s circle at Red Mile and a second Breeders Crown trophy. Now that he is healed from his own injury, Freaky Feet Pete can provide the Rheinheimer family with some joy to ease the sorrow that has been shrouding their hearts this past year.

“Dad always wanted to win the Dan Patch and to have Pete race in Lexington,” Marty said. “Then we have the Breeders Crown here at Hoosier Park, so of course we would like him to race there since it is right here at home. It is up to me now to carry out Dad’s wishes, but Pete really owes us nothing. Look what he has already done. He was Dad’s horse of a lifetime and we will never push him. Whatever the future holds is up to him; we will let him tell us what to do.” 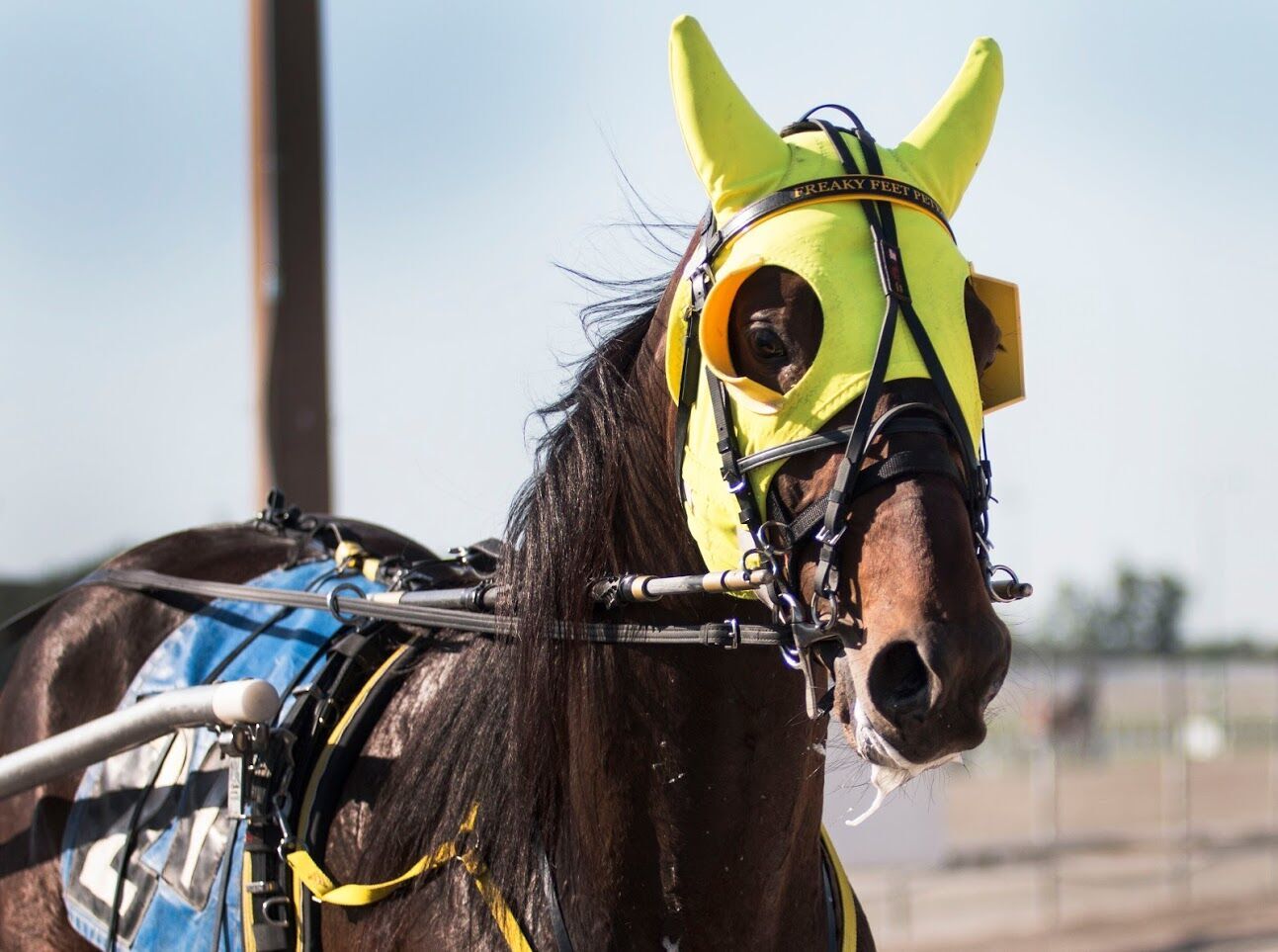 To see more from the August issue of Hoof Beats, click here.

Previous: Life after Racing
Next: Hoof Beats August 2017
61 More posts in Headlines category
Recommended for you 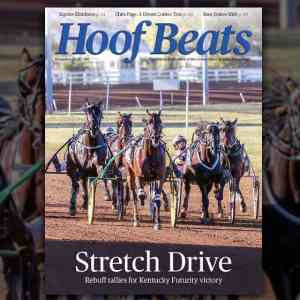