Standards change for use of Black Type in pedigrees

I have been told by many people that time only means something if you’re in jail. While that theory does have some merit, there is one more place that it will make a difference in 2021. The conversation began in 2018, as our USTA President, Russell Williams, assembled an industry-wide subcommittee composed of experts to explore the reclassification and evaluation of the industry standard involving the notation of Black Type pedigrees. The same measuring stick had been in place for many years, with only wandering discussions that had led to no action being taken.

For those of you who are unaware, the pedigrees that I am referring to appear in the USTA-produced sale catalogs and now in the newly acquired Breeders Book, in addition to our online Pathway products. (More discussion on the Breeders Book to come later, as that is a story unto itself.)

Why is Black Type so important in the grand scheme of our business?

Simple answer: Black Type in a pedigree is intended to indicate a level of superiority, not mediocrity, when evaluating a racehorse.

The difficult task was assessing the existing Black Type criteria, which includes any horse that has a lifetime record of 2:00 or faster, horses earning $100,000 or more lifetime and, lastly, any horse that has won a stake race. We all peruse the USTA entries and results each day and you can easily understand that the need for the consideration of changing the existing standard is not one of much debate.

The year-long effort involved hundreds of emails, phones calls and endless Excel files providing statistical comparisons, all coming to an end by a vote in March of 2020 by the USTA board of directors, which approved the committee’s proposal in its entirety. The change resulted in a 15-percent overall reduction of horses being recorded as Black Type.

You may not even notice the subtle change at first, but I feel confident that we are now showing you a better product than before by highlighting a more superior performing athlete.

The approved standard for North America will be as follows:

Starting with the foals born in 2019, only horses that meet at least one of the following criteria will receive uppercase Black Type:

Horses will also continue to get lower-case Black Type if they don’t meet any of the above criteria but have finished second or third in a major stake. All horses that were originally Black Typed will be grandfathered. The previous modification, at the request of the industry and prior to the Black Type alteration, was in 2018.

In addition, a horse’s fastest beaten race time will be included if the beaten time was faster than the horse’s record and if the horse was foaled in 1990 or later. This information will also be made available in several Pathway reports.

These changes have been fairly well received and appreciated. Again, my hat is off to the working committee that took the time to get this chore ironed out, because it wasn’t an easy one. Sorting through the “what about this” and the “but this” examples could have spiraled out of control and headed toward a road to nowhere.

Is this product in its most perfect form? In my opinion, not yet. Are we on our way to getting there? My GPS says that we are. 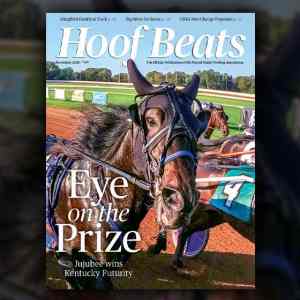