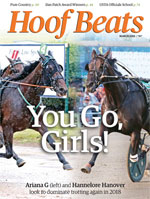 We have a brand-new look and want you to see it, FREE! Click on the cover above to view the digital edition, but this magazine is curated for the full print experience. Click here to subscribe to get Hoof Beats sent to you.

Numbers by Hollywood
Lessons in Proximity

Under Wraps
Outdoorsman: Catching up with Ron Pierce
by Tim Bojarski

Trot Lines
Pride of Tar Heel: Tarquinius was a free-for-all monster in the mid-’60s
by Bob Marks

Mutuel Feeling
The Main Performer: Horse performance should be the main handicapping factor
by Frank Cotolo

Previous: Significant Season: Hannelore Hanover
Next: DerbyWars: Get In To Win
19 More posts in Hoof Beats Index category
Recommended for you 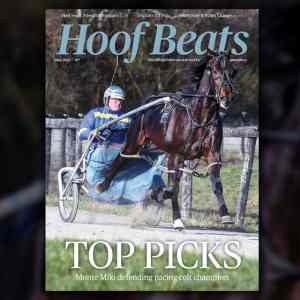 Features Top Picks Tight Group Panelists discuss number of starts and what it means at...