Full card selections, powered by TrackMaster can be found here.

Race 1 – (2) MARYS PRETTY GIRL has won three of her last four starts and has only missed the board twice throughout her career.  She is a solid single to kick off the Pick-5.  (1) QUEEN OF MARCS gets Roland on the bike for the first time.  She bounced back well from an injury she sustained, in February and looks ready to go.  (4) ONE GORGEOUS GAL could provide value to the exotics underneath.

Race 2 – (3) PROM QUEEN is one of the two speed horses in the race.  She has won three of her last five starts for trainer Robin Clements and that start two back is hard to ignore.  (5) DEBIT OR CREDIT has been dueling week after week with Prom Queen.  She won from the pocket last week, I could see her getting the same kind of trip tonight.  (1) SIERRA MYSTIQUE is the first racing foal out of Mousseline Hanover.  Her qualifier, while it doesn’t look that great on paper could beat this field.

Race 3 – (4) PRIDECREST has struggled some with the post draw but has been racing exceptionally well of late.  He will most likely be forwardly placed, and if he makes the front I don’t see him losing.  (6) MANDEVILLE looks for his third straight victory tonight as Longo returns to the sulky.  Anxious to see what kind of trip he gets with speed to his inside.  (5) ITS A HORSE is the deep closer of the field, he is a consistent gelding who shouldn’t be ignored.

Race 4 – (4) ITS POINTLESS has won all of his races by no less than five lengths.  Don’t see him getting beat tonight.  (2) ITSONLYMAKEBELIEVE has gotten the trip in every start and just didn’t have enough to get to the leader down the stretch.  Magee should be able to get the trip here.  (3) WHITE KNUCKLE RIDE has improved with the addition of Lasix, that improvement continues tonight.

Race 5 – This is one of the tougher races on the program.  With not a lot of speed from anywhere in the race, I have to think that (1) IMMA TANK will be leaving from the rail.  He is a gelding who has been passed around from a driver standpoint, but Nick Roland tends to get along with him.  He will be a factor.  (6) STYLEMASTER is a gelding who has the ability to leave a little bit and sit slightly off the pace.  He has the ability to close.  (7) CENALTA DIESEL could add value to the exotics underneath.

Race 6 – (5) BRIAN’S MAGIC GIRL drops in class, comes off a victory and gets Dean Magee in the sulky.  She has a big chance to win at decent odds.  (4) ALONG CAME JANE was Roland’s choice this week.  She couldn’t put it all together last week, I see her leaving tonight and getting a better trip.  (7) ROYAL MISTRESS has spent a lot of time on the outside as of late.  She has proven she can race well from out here.

Race 7 – (6) CALIFORNIA ROCK came first-up last week and while he managed to make the lead he tired through the stretch.  He is a bit of a closer, who will be grinding away down the stretch.  (5) LICKCREEK SPEEDWAY has only missed the board a couple of times this season.  She isn’t the quickest mare off the car but is one who can power home from mid-pack.  (1) LODI EAT MY DUST steps up in class looking for his fourth straight victory with Roberts on the bike.

Race 8 –  (4) GIGGLE MONSTER was a winner three starts back against the tougher company.  Since that start, she has gotten the trip twice and was narrowly defeated.  Look for her to be close again tonight.  (6) COZ AND EFFECT was fourth as the favorite last week after making the lead turning for home.  He is a versatile gelding, who has the ability to battle down the stretch.  (1) KING OF THE CROP is another strong closer, who will be coming late.  Don’t count him out.

Race 9 – (6) MISTER HAT gets a big class drop this week that will surely play to his advantage.  Look for him to be leaving, he should be able to make the lead.  (2) MYSTERY DRAGON will most likely be driven more aggressively with the only speed coming from an outside post.  Look for Roland to try something different than he is used to here.  (1) BETTOR IN THE BANK has improved since adding Kennedy to the sulky, that improvement continues this week.

Race 10 – (1) CUSTARDS DUNGEON was a winner from post six last out, he has the speed to leave from the rail and should be able to control the fractions.  (3) THEREALGOOODS was beaten as the favorite in his last start.  Look for him to fire down the stretch off a pocket trip.  (5) PADDY MURPHY gets Svendsen back on the bike tonight.  He has been hit or miss as of late, the lines say that tonight’s effort should be a hit.

Previous: Cal Expo Selections Tuesday, March 31
Next: Spotlight On: Jeff Zidek
157 More posts in Play of the Day category
Recommended for you 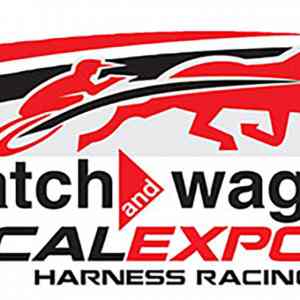