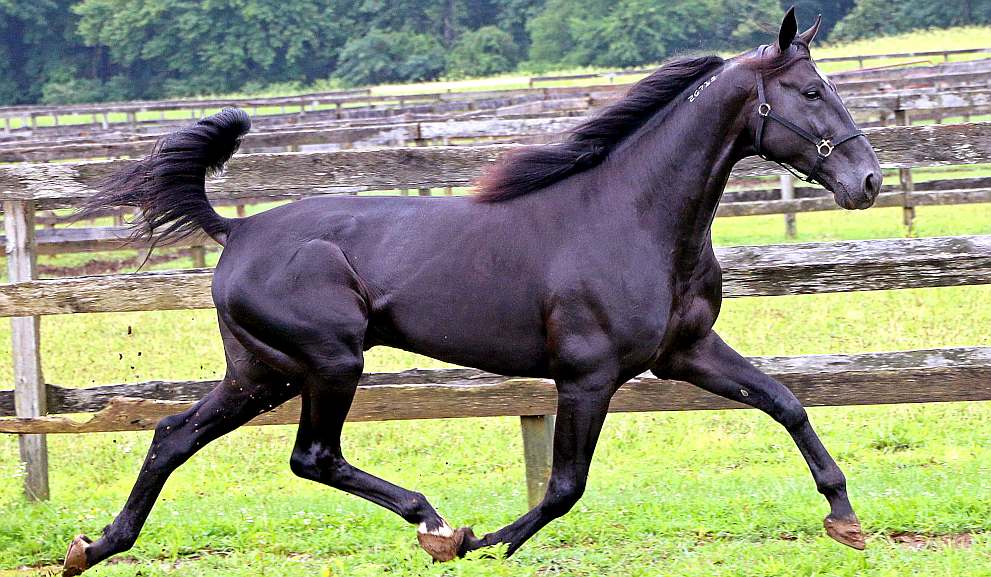 Archangel enjoys a romp in the field in this 2016 photo by Mark Hall.

In 2012, as an ecstatic Alan Hainsworth watched his 3-year-old trotter Archangel win the Yonkers Trot in a world-record 1:54.1, he thought he’d reached the height of harness racing success.

Five years later, he found out there was an even better feeling–winning the Yonkers Trot a second time with Archangel’s most successful offspring, Top Flight Angel.

“It’s been a success story,” Hainsworth said. “To win it, let alone win it twice, I call myself pretty blessed. When I bought Archangel, I was trying to buy a top New York Sire Stakes horse. He turned out to be a Grand Circuit horse.

“Now he’s a stallion and producing well. To get to this level is everybody’s dream.” 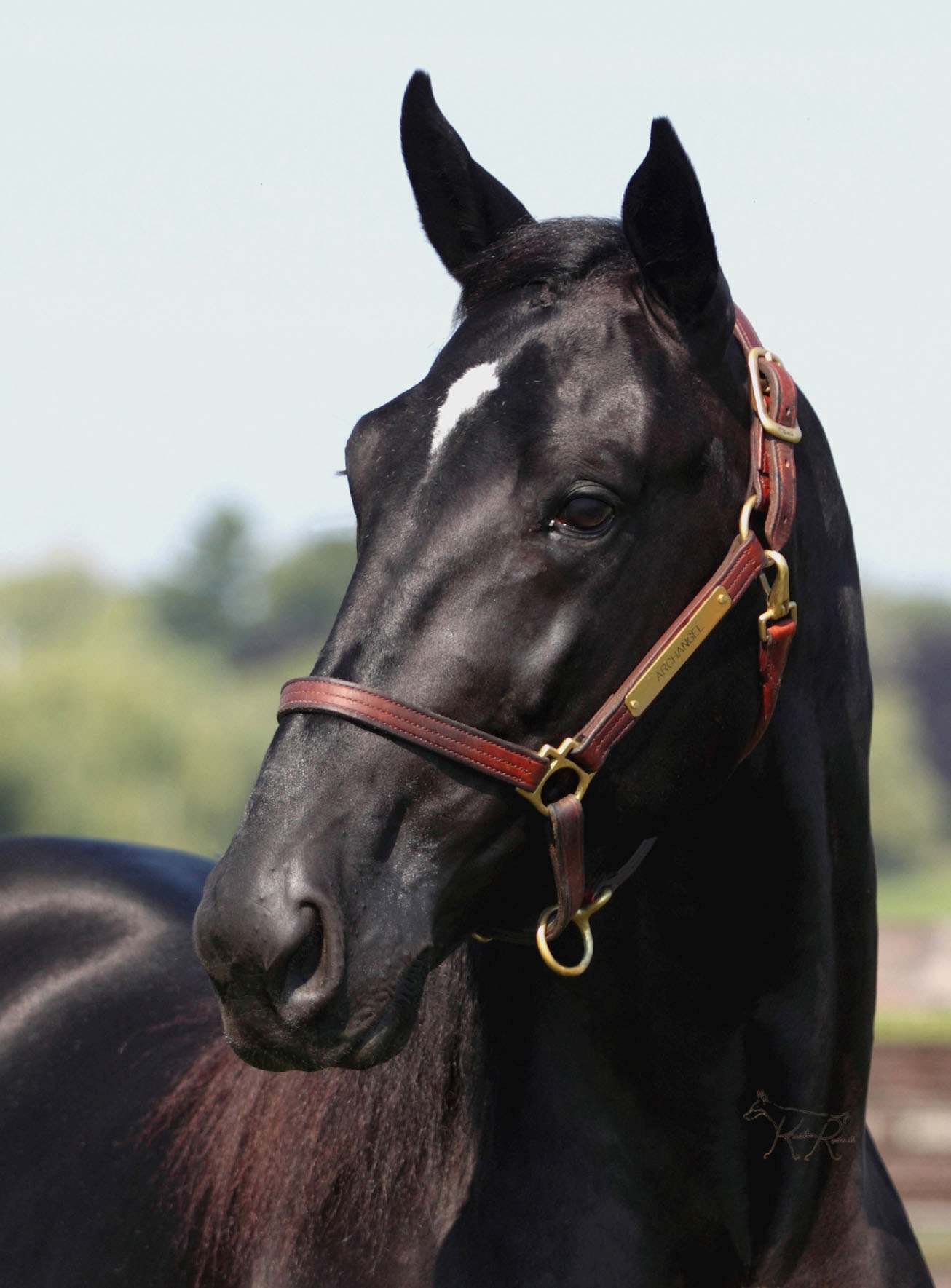 Archangel, who stands at Winbak Farm of Canada, is expected to see his biggest book of mares yet in the wake of his offspring’s remarkable accomplishments in 2017. His 23 starters led all sires in average earnings ($69,490), which is more than three times higher than the North American average per starter. Muscle Hill was second on that list, with 195 starters averaging $61,725 in 2017 earnings.

According to Hainsworth, Archangel first caught his attention in 2010. He was in the market for a well-bred yearling that would have potential in the New York Sire Stakes. He visited Diamond Creek Farm to take a look at Archangel, attracted by the son of Credit Winner’s pedigree and the fact that he was the first colt out of the Andover Hall mare Michelle’s Angel 3, 1:54s ($436,921). Hainsworth liked what he saw and, joined by partners Clare Semer and Peter Arrigenna, purchased Archangel for $120,000 at that year’s Standardbred Horse Yearling Sale in Harrisburg, Pa.

“He was the first expensive horse I bought,” Hainsworth recalled. “I thought I’d try to step up to a better level, which I did.”

He didn’t regret the purchase, as Archangel, who was conditioned by Arrigenna, went on to win divisions of the New York Sire Stakes and hit the board in a Breeders Crown elimination and the John Simpson Memorial as a freshman.

As a 3-year-old, he proved even better, winning the Empire Breeders Classic and a heat of the Kentucky Futurity. The highlight of his sophomore success, however, was his world-record win in the Yonkers Trot. After an early break by betting favorite Googoo Gaagaa, Archangel, guided by Jim Morrill Jr., led the field through fractions of 27.4, 56.4 and 1:25.1 before crossing the wire in 1:54.1, 1-1/2 lengths ahead of Stormin Normand and Market Share. At the time, the 1:54.1 win marked the fastest Yonkers Trot ever raced at the Hilltop oval and was a world record for 3-year-old trotters on a half-mile track. 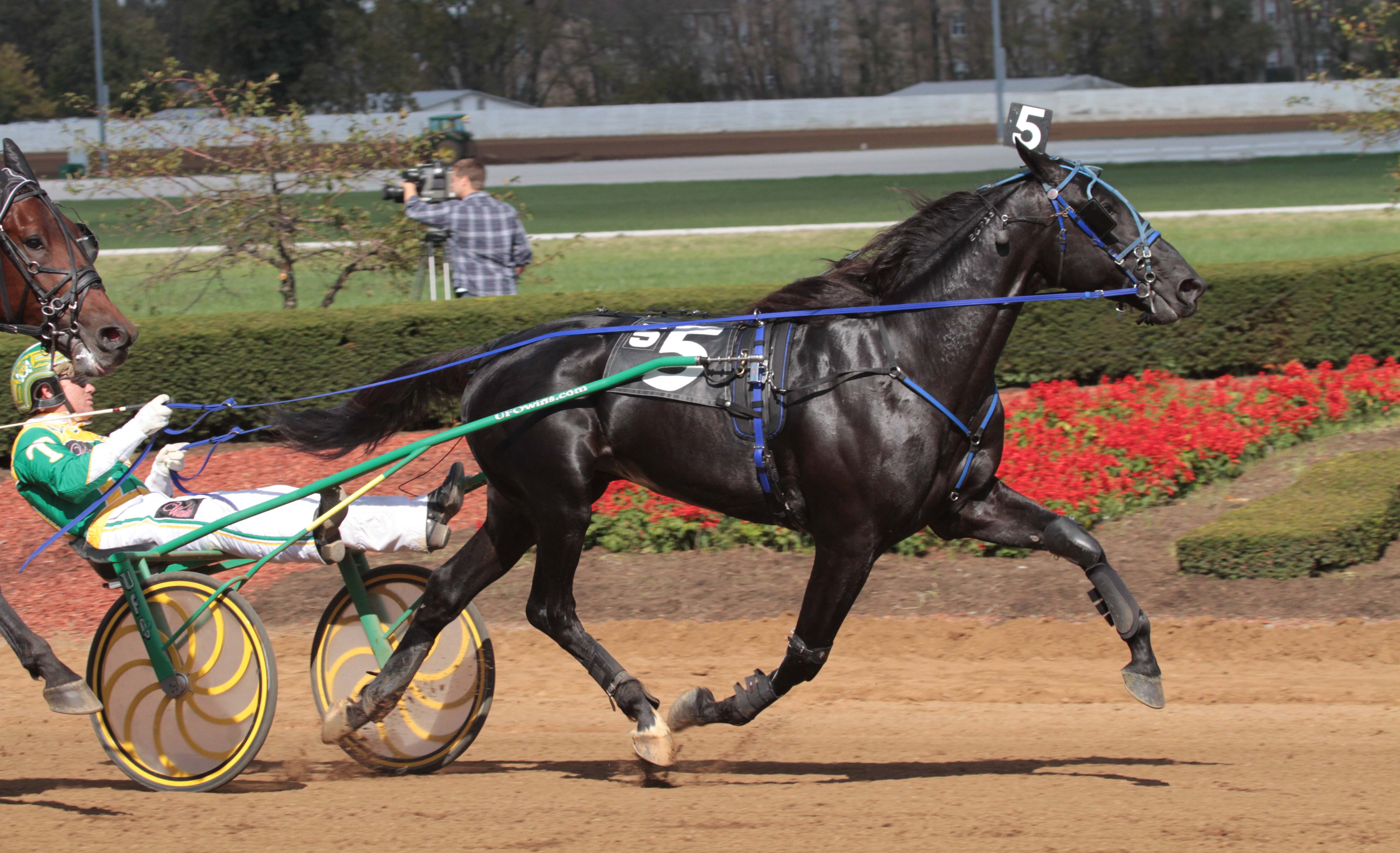 Archangel won a heat of the Kentucky Futurity during his sophomore campaign. Mark Hall/USTA photo.

He went on to set a new track record of 1:54.3 in a New York Sire Stakes division at Batavia Downs. He took his seasonal mark of 1:53.1 in winning the Empire Breeders Classic at Vernon Downs, ending the year with seasonal earnings of $771,386.

Despite his accolades, Archangel attracted just 43 mares when he stood at Blue Chip Farms in New York the following spring.

So back to the track Archangel went. Hainsworth, who’d bought out Arrigenna, opted to send the stallion to trainer Ron Burke for the 2014 season. Though he only made it to the winner’s circle twice, Archangel competed against the top trotters in the country, hitting the board in eight of 17 starts. He surpassed the $1 million threshold in career earnings and proved he had plenty of speed.

When Hainsworth approached Winbak Farm to see if they’d be interested in standing the stallion–now the fastest son of Credit Winner– in Ontario in 2015, they were quick to agree.

“He’s such a great-looking horse with a great pedigree.” 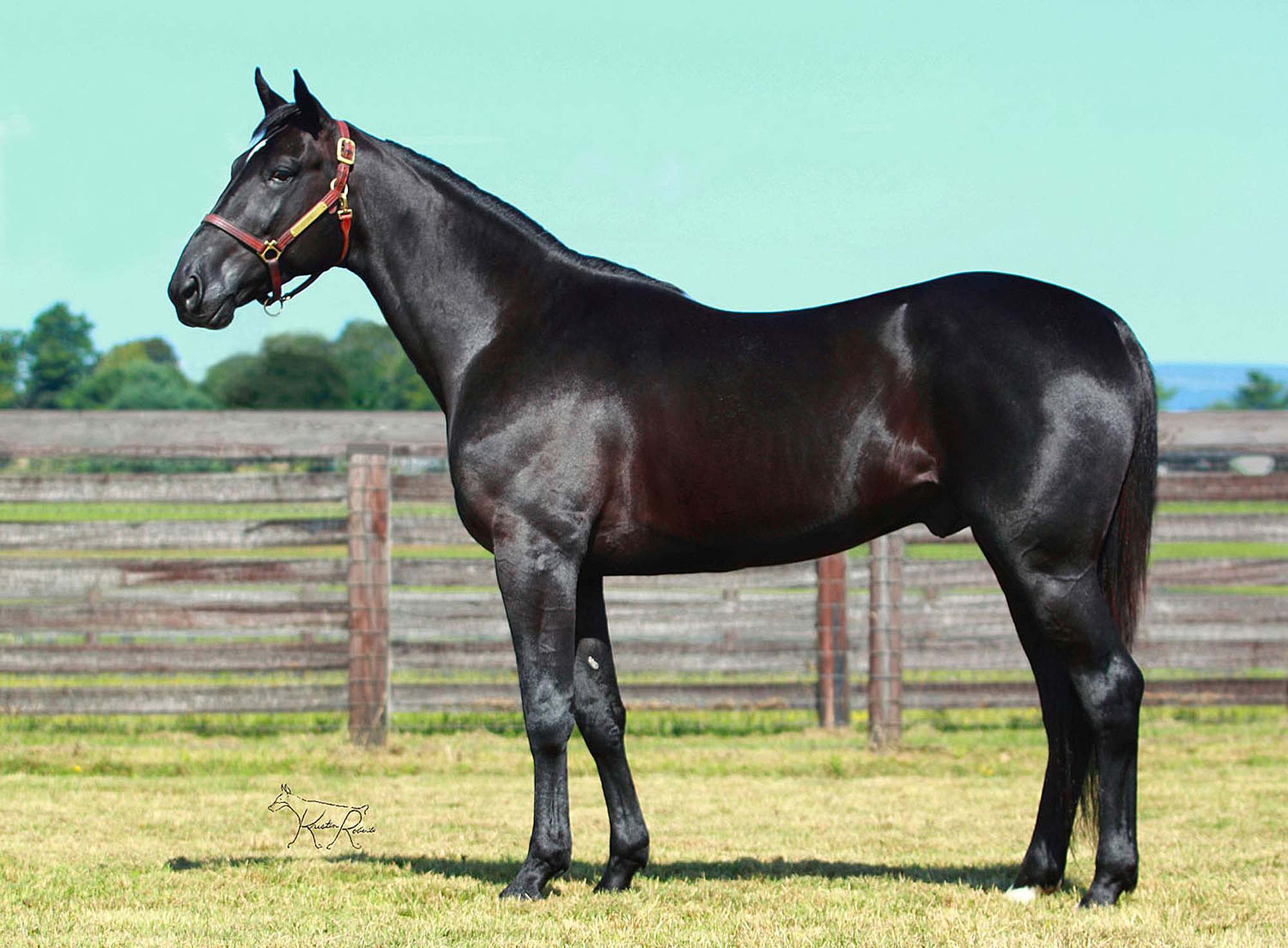 Hainsworth said he was pleased to see Archangel breed 108 mares in 2015 and 77 mares in 2016 at Winbak, dipping to 68 mares bred last year. Based on the high-profile 2017 success of first-crop foal Top Flight Angel–who not only followed his sire’s footsteps at Yonkers, but tied Archangel’s track record at Batavia–he expects the stallion to breed even more mares this year. Drysdale agreed and said the stallion’s new C$6,500 stud fee hadn’t fazed breeders.

“That hasn’t backed people off,” he said. “Contracts are coming in pretty steadily. We’re very excited about him. He’s got a license to be a sire, that’s for sure.”

And while the thrill of winning the Yonkers Trot with Archangel and Top Flight Angel would be hard to beat, Hainsworth can’t help but share his excitement about Wings Of Speed, the Archangel yearling he purchased for $95,000 in November. He said he fell in love with the colt as soon as he saw him.

“I could not let him go,” he said. “He was the prettiest horse at the Harrisburg sale. He’s almost a carbon copy of his father.”

His excitement hadn’t waned by mid-winter. He hopes the colt will be Archangel’s next success story.

“You hate to say too much about a horse, but this horse is so well-mannered,” Hainsworth said. “He puts every foot down right. You can just see the class in him. I’m kind of on pins and needles.”