Standardbreds are consistently showing their versatility, whether it’s riding or driving, for show or for pleasure. Hoof Beats is happy to share stories from readers about their favorite Standardbreds. This month, Charlotte Gelston writes about the innate sense of direction of the Standardbreds with which she works.

Horses were skilled cartographers well before humans started making maps. Their survival depends on their innate skill for navigating the environment. Perhaps this is the reason they have an unusually large hippocampus. This section of the brain is in charge of sense of direction, map-making, memory, and the ability to relate to surroundings.

Horses are capable of making and remembering visual maps wherever they travel.  When challenged with finding a different route to their destination, they can also function with their natural “compass” and traverse unknown territory. I have witnessed each of these methods many times during my years of trail riding.

Last summer, two friends, Catherine Bradshaw and Katrina Portley, brought their Standardbred horses to my place for a week of trail riding.  One of the horses, a mare registered as B Thea One, called “B,” had been here the year before. It was the first time for the second one, a gelding called “Asher” (registered as Shark Time). Catherine could not join us for the first outing, so I rode Asher and Katrina rode B.

Katrina and B led the way out through the backwoods on a trail we call the “upper route.”  It joins an old logging road that accesses many different trails going in various directions. We had a lovely ride.

On our way back, I told Katrina to let her reins drop and allow B to choose the route home. I was curious to see whether she would just retrace her steps or take an alternate way back to the barn. I wanted Katrina to see how well horses remember where they have been, even after a year. 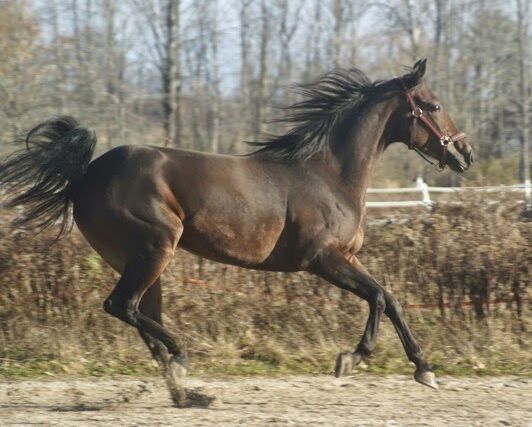 Sure enough, B decided not to take the longer way back by the upper route, but bypassed that trail for one further down the woods road, a shorter one called the “lower route.” The trails converge near the back pasture, and B was clever enough to choose the shorter one, much to Katrina’s surprise.

“I didn’t think she would remember this way to go since it has been a whole year,” Katrina said.

“Now you know you can trust her to get you back to the barn if you get mixed up on the trails,” I said.

Horses never get so lost that they cannot find their way back to where they started.

The next day, Catherine rode B, Katrina rode Asher, and I rode my own boy, “Rhythm” (registered as Mr Artline).  Once again, we set out by way of the upper route, then rode on a different series of trails on the opposite side of the woods road. On our return, I again asked Katrina to drop her reins and let Asher decide which way to go home. She was a little skeptical; after all, he had only been here for two days.

I assured her that he would be fine. He had already traveled two of the three possible routes back home. I was secretly hoping he was in a hurry. 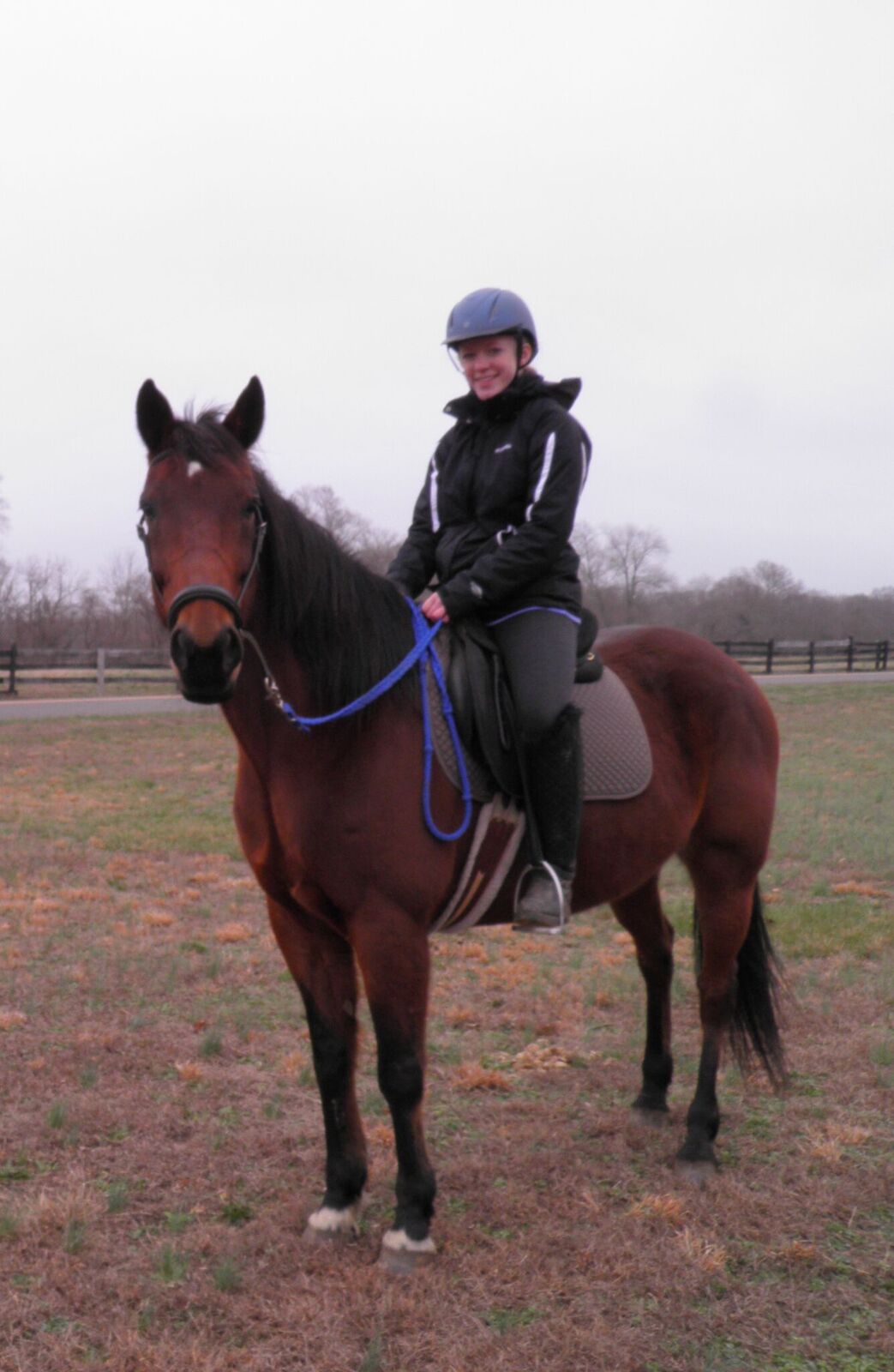 Asher was amazing. He chose neither the upper nor lower routes, which he had been on previously. Instead he used his internal compass to find the most direct way back to the barn, southwest, by way of the paved road, just as I had hoped. He had never been on this paved road, having arrived from the opposite direction when he trailered here. He strode down the unfamiliar road with complete assurance, up the driveway and out to the barn behind the house. Both Catherine and Katrina were impressed. Now they are more confident that their horses will not get lost in the woods.

I am always learning new things from my horses. I did not realize just how precise their map-making skills are until I had an unusual adventure last autumn. Rhythm and I explored a woods road that I had ridden, but never driven on before. I should have scoped it out first with the cart in mind, but since Rhythm is so bold and dependable in harness, I though it was worth a try.

The worst thing that could happen would be to come to a place where we had to turn around, but didn’t have the room. In that case, I would have to unhitch him, flip the cart around and re-hitch him. No problem–we’ve tackled more challenging predicaments.

We had a grand time, evading stumps and rocks, splashing through a brook, and climbing over a fallen tree across the road. When we got to the gate at the other end of the old logging road, we could not find a way to get around it, since it had too many trees too close together.

Finally I gave up and asked him to turn around. Fortunately, he does an exceptionally tight turn on the command “come about,” so we didn’t have to unhitch.

The next morning, with my folding saw in my saddle pad pocket, I rode “Revelation” (registered as Ringside Revenue) up the same woods road. My plan was to let her munch leaves while I cleared a way past the gate. There were two pairs of large trees on the left side which would be wide enough to drive between, except for the fact that each set had a three-inch sapling right in the middle, blocking the path. I was careful to cut them flush to the ground to avoid tripping.  Rev and I were able to go between both pairs of large trees onto the adjoining woods road. 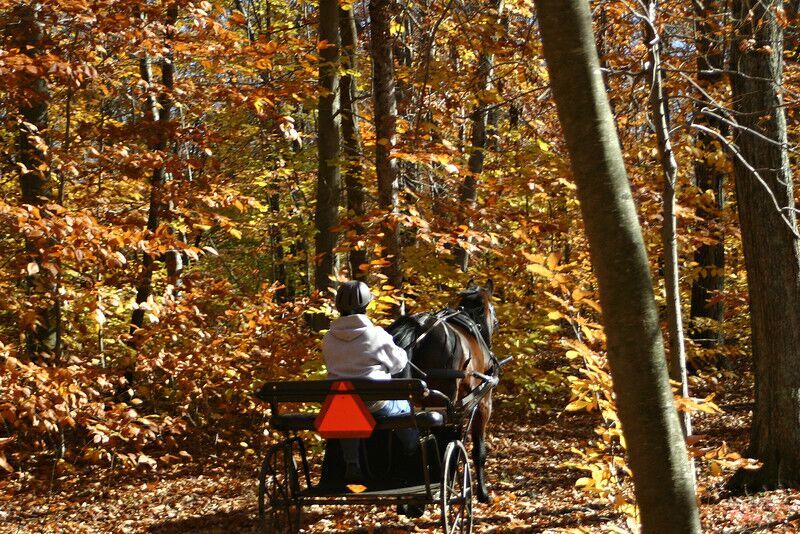 I hitched Rhythm and set out again in the afternoon. Much to his delight, this time we were able to bypass the gate. Turning left, between the first pair of trees, then a little to the right through the second pair, and we were on the other road.

Three weeks later, I took a friend with me to drive our exciting new route. I hadn’t driven it since we first made our way past the gate. When I arrived at the point where I thought we had to turn to the left, Rhythm stopped short. He refused to turn there.

He walked a mere three feet further and turned left, passing right over the flush stump of the first sapling that I had cut down. When it comes to cartography, Rhythm is more skilled than I will ever be.