by Joe Faraldo, USTA Chairman of the Board

We have facts; use them to educate state lawmakers

As you might imagine, all of us on the horsemen’s and breeders’ side of any state’s racing enterprise see decoupling as an existential threat for the future of our racing and agricultural industries.

And unfortunately, not only is there a general lack of understanding among too many stakeholders about the true value of racing for a state, but even more dangerous is the fact that there are also stakeholders from within our very own racing universe who would like nothing more than to see racing go away at tracks with alternative sources of gaming venues.

Our industry is important to states. What we are up against in terms of anti-racing advocates is that many of their arguments in support of decoupling are simply false. Racing and gaming must remain coupled . . . not only for our horsemen, but also for breeders, farmers, feed stores and thousands of others across every state’s agricultural industry who directly and indirectly rely on horse racing to feed their families.

Back in 2014, we at the Standardbred Owners Association of New York undertook our first economic impact study, and the numbers proved the case: Over roughly a 10-year period, we saw a 230-percent increase in harness racing purses, capital expenditures that increased over 519 percent and an increase in Standardbred industry jobs of over 204 percent. Initially, numerous owners and horses moved to New York from competing racing states and for a time New York and Pennsylvania were the place to be, and it has become an economic development and public policy success story, as demonstrated by ongoing economic impact studies.

What are we up against now?

Unfortunately, racing, breeding and agriculture are facing threats from both outside our industry and within. Deep-pocketed animal advocacy groups have targeted racing and are advocating for removing any revenue stream from alternative gaming from horse racing. These groups are savvy enough to now bring more traditional progressive advocacy groups into the fold.

The threat here is real—especially with the growing tide of progressive politics and so many new, young legislators in statehouses who may not be aware of the positive impacts of racing. So we need to take this seriously.

Just as serious though—and perhaps even more insidious-—is the fact that there are those within our own racing enterprise who have been very clear about wanting to see racing decoupled from gaming and simply go away. How quickly the almighty dollar has been—and will continue to be—the only driving force by those whose alternative gaming opportunities are tied to all the benefits racing and this revenue stream meant for thousands of horsemen with whom they saw fit to be aligned at first.

The fact is that the track owners’ views of racing are not a particularly well kept secret, as evidenced in a news article several years ago in which a racino owner was quoted on the record as admitting that “the tracks—including me, if I’m just wearing my ‘track hat’—all want harness racing to disappear as quickly as possible” and “so they are going to do whatever they can do to make that happen.”

And while this admission—or recent actions by other track owners—may not be a surprise to astute watchers of the game, the cavalier manner with which one so easily dismisses an agriculture/harness industry that employs thousands of people is stunning and should be required reading for every regulator and legislator who has heard our horsemen’s and breeders’ concerns in recent years and cares about their state’s economy.

In the end, what we are talking about here are the livelihoods of thousands of hardworking men and women in the paddocks and on breeding farms versus national gaming conglomerates or individuals who may have made bad business decisions or are now looking for corporate bailouts from the legislature on the backs of these workers.

Obviously, the economic arguments mentioned here are key, but so is the need to aggressively push back on some of the more egregious falsehoods and misinformation being utilized by decoupling proponents.

One such falsehood that gets bandied about is that “butts in the seats” is the metric to determine the health of our game. False.

In fact, in 2018, 94 percent of all wagering on New York harness horse racing was done via simulcast wagering, up from 88 percent in 2008. With advance deposit wagering outlets (ADWs), the fan can wager from anywhere, which is exactly what we saw during the pandemic.

It’s worth noting that during the period of COVID-19 pandemic restrictions on live attendance, ADW handle was up sharply as wagering fans adjusted. For example, at least in New York, ADW handle increased 132 percent on a year-over-year basis, which is clearly important and positive for our racing and agricultural industries to emphasize.

What should we be doing? Find ways to incorporate horse racing into mobile sports wagering and sports betting platforms. Whether it’s innovative ways to incorporate pari-mutuel wagering or new legal structures, we need to again be proactive and thoughtful in our approach.

Most importantly, we need to continually educate lawmakers, staffers, policy analysts and budget personnel about the critically important job creation and economic development success stories we represent. Read Evan Pattak’s “Modern Marketing” column on 62 to learn about what is being done.

We need to commission economic impact studies and present ourselves at every opportunity to policymakers, some who may not understand the economic importance of all those lives that depend on the direct and indirect jobs related to the horse industry. The facts are with us, but it is incumbent on us to make our coupling arguments heard and increase our efforts. We can’t just wait for someone else to carry the ball. We all have to work at it. The consequences of industry complacency and not being proactive give our adversaries an advantage.

We all should know a legislator. If not, get to know one. 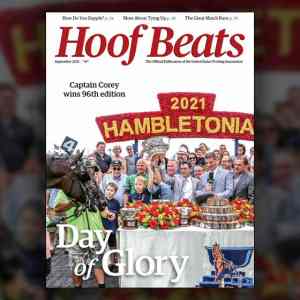